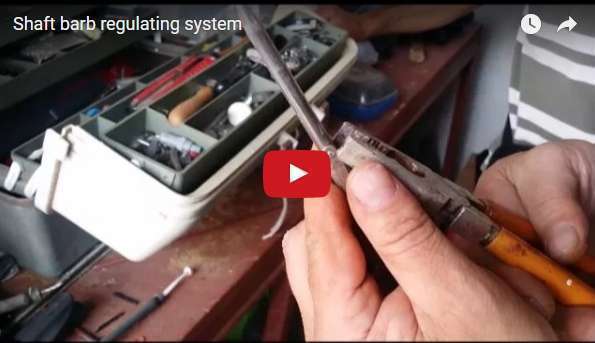 The Barb, or the barbs, of the shafts of pneumatic of sling guns must absolutely open once the fish is hit and passed.

This happens each time, if the barb is not blocked in a closed position, but also the opposite could happen. In fact, the barb could open and close itself again, due to a strange movement of the shaft, naturally stopping after having hit the prey, but then eventually moving forward again due to the current or movement of the fish. To avoid such situation and loosing a good prey, we can intervene in a simple and inexpensive way. With a pair of pliers we will tighten the barb just near the pin that connects the barb to the shaft. Is such way, the barb will open exactly as before, but will remain slightly blocked once open, avoiding the risk of closing back accidentally. So, if you don’t want to loose a good fish just by chance, give this solution a try!