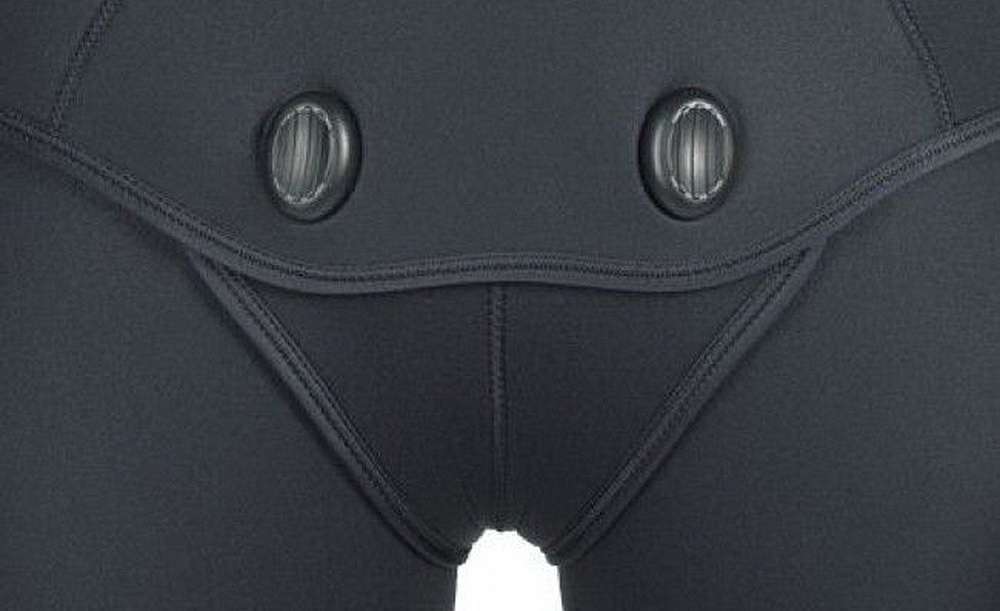 The buttons are used to close the jacket by passing the beaver tail under the inseames of the trousers. Often the correct positioning of such buttons is underestimated.

The alternatives for the closing of the jacket are Velcro, which is often used in tailor made wetsuits, and which gives the possibility of any regulation, or with buttons, single or double. If on one side the Velcro gives the possibility of millimetric adjustment, on the other it can be spoiled in time and use. The buttons instead are faster to open and close, but need to be well positioned.

When we buy a new wetsuit for freediving or spearfishing, where buttons are present, we tend to underestimate the fact that these may need repositioning. It is in fact true that, especially for wetsuits that are not tailor made, the position of the buttons may not be correct for everyone. Since the closing of the jacket in its lower part is key for water seal and insulation, the closing obtained by the beaver tail must be precise. Evidently, without tightening too much the closing, the beaver tail must work so that the jacket is well positioned low on the side of the trousers, almost at the height of the groin. In such way the closing is correct and the insulation guaranteed. To do so it is sufficient to unscrew the screws of the buttons and move them to the correct position. This can be done either working on the female buttons, positioned on the lower front of the jacket, or on the male ones, positioned at the end of the beaver tail. If the females are moved higher on the jacket the closing will be tighter, and vice versa if they are moved down. If the males are moves to the end of the beaver tail the closing will be looser, and vice versa if they are moved up the beaver tail. Pay attention, even if it might seem obvious, we prefer to point this out: on the open cell interior smooth exterior neoprene wetsuits the lower part of the jacket, where the buttons are positioned, will be made of double lined neoprene for greater resistance. If we will work on the repositioning of the female buttons we will have to be careful to stay within the double lined neoprene, else the open cell interior smooth exterior neoprene will almost surely tear up in the points where the buttons are tightened. Finally, the double buttons tend to close the jacket better then the single, but most of all have a backup if one of the two plastic buttons breaks.