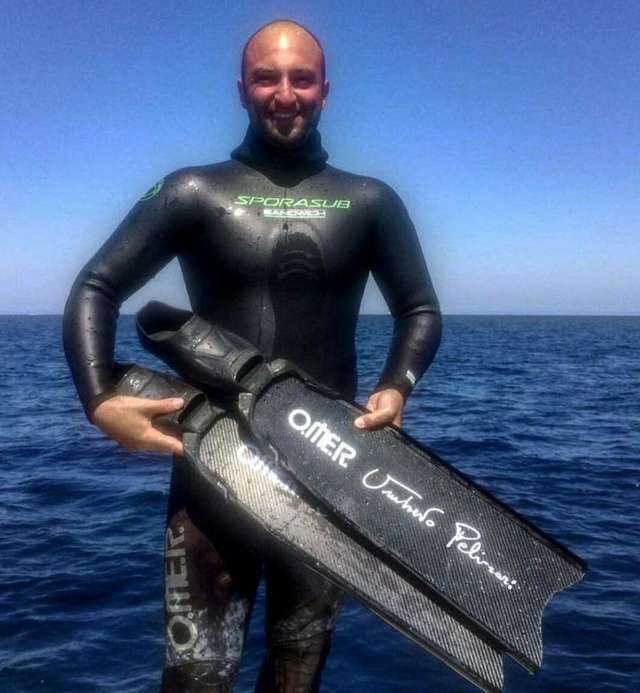 When a great company such as Omer-Sporasub decides to sponsor the most important Italian spearfishing competition of 2017, the Campionato Assoluto di Pesca Subacquea in Apnea, the news is surely extremely positive. We have interviewed Alessio De Carne, 28 years old, born in Bari, Omer-Sporasub Sales Director, who has strongly believed and wanted this sponsorship.

Apneapassion: Good morning Alessio. Sponsorship by Omer-Sporasub of the Absolute Championship 2017 is a fantastic news. Why such decision?

Alessio De Carne: Good morning Carlo! Well yes, we have decided to sponsor the Absolute Spearfishing Championship 2017. As of now, with the success of Luidi Puretti in 2016, we are the Champions, and we hope to confirm such result also this year. In agreement with Marco Bardi, our team manager and captain of the National team, and of course extremely experienced spearo and former champion, we have immediately liked the idea of having our brands linked to that which is an extremely prestigious event for all enthusiasts of spearfishing. So, it has been quite natural to sponsor the coming Italian Championship in Puglia. Also the fresh air brought by the new President of FIPSAS, Carlo Allegrini, has been an important boost for our decision to sponsor the event.

AP: Omer – Sporasub has indeed a team of first class athletes, both innumber and capacities. You strongly believe in agonism. Why?

ADC: Agonism represents the highest level of every sport. It positions everyone at the same starting point and most of the times victories are the result of sacrifice, efforts, will to improve, and capacity of being able to find new strength and motivation also after defeats. We are well linked to such values and we like challenges. We also see in agonism a great window to show and test our products. Finally, even though more than one spearo is a little bit skeptical towards agonism, this sector continues to be strongly followed and commented by enthusiasts.

The Championship will be disputed on a very differentiated sea floor where the spearos with greater capacity to find fish will be more successfull, need the ability of “reading” the sea floor, discovering the right holes in the rocks to find the preys. Our aim as a Company is to improve more and more ourselves and position our athletes at the top national and international rankings. We surely have the right athletes to do well in this competition. Fin…s crossed!

AP: Spearfishing competitions are having a tough time in the last years, both for the ignorance of many institutions that regulate spearfishing, and public opinion, who indicate spearfishing as one of the key causes for marine life reduction while, instead, spearfishing is the most seelctive system of fishing, and also due to the many discussions in various competitions generated by athletes not respecting rules. What do you like and what would you suggest as improvement in competitions?

ADC: It would be very nice and stimulating to accepts athletes both from first and second category in the selective competitions (eventually out of final classifies). For a young spearo it would be a real boost to have the possibility to challenge the Champion or any athlete that maybe some months earlier has competed in an important international event.

Another modification to the actual rules would be making all the athletes (or most of them) repeate the selective races every year. This would give the possibility to dispute an absolute Championship already the first year, and would generate incredible interest among many more skeptical spearos, who today see a 2-3 years transition as far a too long period to be able to participate to a first level competition.

AP: How much and in which way Omer-Sporasub athletes have the function of optimizing the products sold by the company?

ADC: Our athletes have a triple function:

It is evident that our team is a real asset that we try to utilize in as may ways as possible.

AP: Which are the Omer-Sporasub official athletes at the Competition?

ADC: Up to 11 out of total 30 will be Omer-Sporasub athletes. Here they are: