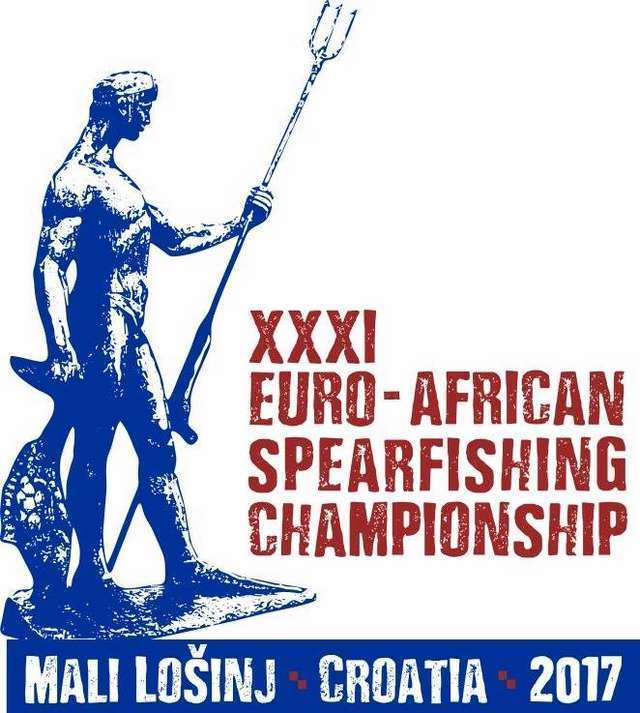 The 31° Euro-African Championship will start in less than 3 weeks in the island of Losinj in Croatia.

Mali Losinj is a well known location for spearfishing, as in 1957 the first World Championship was held here, and the city is the only one to have in its center the statue of a spearo.

Throughout the years there have been very many different winners of the competition, but who has made the difference with his 4 titles is the great Spanish legend, Pedro Carbonell.

Until the assignment of the title this year, the title holder of the last Euro-African Championship, that has taken place in Cadiz in 2015, is the Spanish Xavier Blanco (Mares), who will participate with Spain also this year and who will try to keep hold of the title. It is interesting to know that also second and third placed in Cadiz will compete this year in Mali Losinj. The Vice-Champion, in fact, is Samuel Tomas (Pathos), of the Spanish team, while the third is Slaven Cubric, from Croatia. Third athlete of the strong Spanish team is Oscar Cervantes (Beuchat). Despite the many titles won by the Spanish team, it will be hard for them to keep the title this year, due to great competition.

THe Croat Champion Daniel Gospic (Cressi) has one a Euro-African title in Spain in 2007. Three years later he won the World tile in Mali Losinj. Moreover, Gospic holds the bronze medal of 2012 in Vigo, and has won seven Croatian titles. The most important thing is also that Daniel was born in Mali Losinj and this makes him favorite for this year title.

Apart from the expert Slaven Cubric (Zero X), for Croatia will participate either Stjepko Kesic (Cressi) or Radoslav Jakupovic (Zero X). Kesic, always second in the Crotian Championships, is the real challenger of Gospic in the last years. Jakupovic is also from Mali Losinj. The Captain Branko Ikic will decide between the two champions in the next preparation days.

Apart from Croatia and Spain, strong participants will be the Italians, with Stefano Claut (Omer) in particular, as he knows well the area. But also Giacomo De Mola (Pathos) and Dario Maccioni (Cressi) have demonstrated to be extremely competitive in the World Champ in Syros, Greece, last year.

The following favourite athletes are for sure the Greeks, with Tasis Peroulis (XT Diving) and Yiannis Ringas (XT Diving), who have participated to the classic New Years competition in Mali Losinj, with good results, and so know well what is below the water surface of the Croatian sea.

The Wrold Champio George Vasiliou (XT Diving) and his teammmates (also XT Diving) will also participate to the Championship, and even though Mali Losinj location does not have the depths of Syros, which is the strength of the Cypriot athletes, anyway Cyprus will definately have an important role in the Championship.

Jaco Blignaut of South Africa and Andrii Lagutin from Ucraine have made long preparation days, starting from beginning of August, a sufficinet period to reciver information and knowledge of the spearfishing spots of the competition.

A pity the defection of the athletes of the Portuguese team, Jody Lot, Matthias Sandec, Andrè Domingues, Pedro Nuno Dominques and Joao Miguel Peixeiro, who have refused to travel 3500 km with the van to be at Mali Losinj only the day before start of competition, with not even one day of preparation. Anyway the Portuguese Federation has already payed for registrations and so probably new atheletes will be chosen to participate.

The total points of each athlete in each day will be a percent of the maximum points of the winning athlete of the day.

Group 3 has minimu  weight of 500 grams per species and it is possible to catch 10 fish per species. In this group are present dentex (snappers), forkbeard, red and black scorpion fish, breams, blufish, gilthead seabream and sea bass. Banned are bluefin tuna, green wrass, swordfish, mediterranean spearfish, all kinds of sharks and weever.

Maximum weight for points of each group will be 12,500 grams

Each valid catch will be worth 500 points. Each different species will assign 1000 points. 1000 additional points will be assigned when a species will be “closed” (maximum number of catches reached).

Zone A is the competing field of Susak island and of the islands Vel and Male Srakane. In this area most of the fish will be caught between 25 and 40 meters of depth. The sea bottom in most of the area is made of rocks, while small parts are of sand and weeds. There are many rocks towards the surface in the whoel area.

Zone B is around Ilovik island, still with most catches around 25 and 40 meters of depth, but positioned closer to the coast. The West part has more rocks and vertical cliffs, while the internal part has more progressive walls going down deep.

Visibility is very good, but below 20 meters there is usually a cold water cut. Thes econditions though change daily.