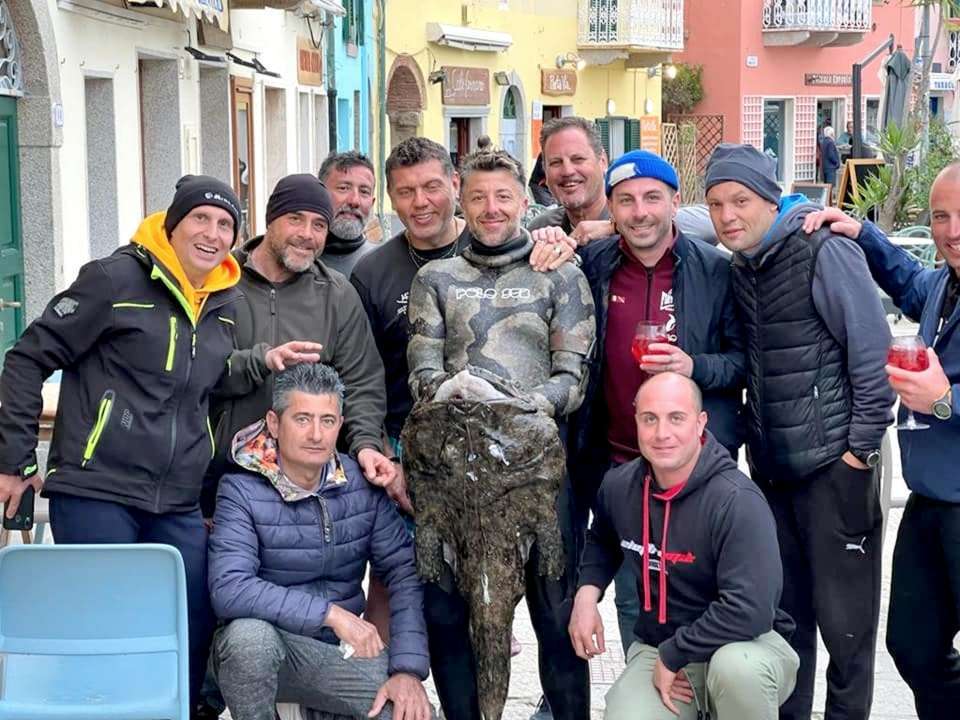 Interview with Giuliano Tagliacozzo , the owner of Polosub , one of the most important manufacturers of tailor-made wetsuits in the world, on the occasion of BluCamp 2022 .6 The location? The splendid island of Giglio ! Our Gerardo Frustaci went to Giglio to speak with Giuliano.

The interview by Gerardo Frustaci

We meet Giuliano Tagliacozzo on Giglio Island during the BluCamp 2022 . The operational base are two beautiful villas in Cannelle , with access to the sea and a private dock. There are rubber dinghies to go fishing and an entire restaurant. Wow! After a wonderful dinner, made with the catch of the day, we have a pleasant chat with him.

Gerardo Frustaci : Giuliano, what is BluCamp?

Giuliano Tagliacozzo: The BluCamp was born from an idea of mine about ten years ago , maybe even more. This was the ninth edition, considering that for a couple of years we have not been able to meet due to the covid. The idea came to me looking at the gatherings held by other companies that focused heavily on the medical-scientific aspect, performance, very serious situations …. I wanted to create an event where you can do what every fisherman has in his heart, fish in company, make new friends, excellent food with the catch of the day and lots of laughs.

I must say that it worked because over time I realized that this event gave an important image to my company. Organizing the BluCamp is very demanding, but I’m not alone. There is Alessandra , my partner (who baked Bread and Sweets as if there was no tomorrow ed), Asia my daughter, Giuseppe Aiola and Andrea Moreschi (Great Chef) , and Davide Cristofani , administrator of the Facebook group Fiato Corto Pesca. in Apnea , the real engine of the organization. All important people for the success of the event.

GF: Let’s also talk about the company. What period is this for Polosub?

GT: It has been and is a difficult period, regardless of the years of the pandemic, which in one way or another we managed to manage. World trade has changed. There was a 30% increase in raw materials and a huge increase in transport costs . These two items strongly affect production costs, but the biggest problem is delivery times . Before Covid you placed an order and between production and transport you received the neoprene after 4 months. Now for production and transport it takes 14.

When I realized what was going on, I made some very important orders . This is to protect the company and the activity that my workers have, since in the company anything can happen except running out of raw materials. This important investment has ensured that our production and our prices have remained constant. In this way, the trust of distributors and resellers has further grown, consequently increasing orders.

GF: A few words about the new headquarters?

GT : Certainly. Previously we had three rooms that functioned as atelier, production, painting . Then I felt the need to create a single room in which to concentrate all the phases, favoring logistics and production a little more. In this way I was able to quickly process the large export percentage, obviously without ever forgetting the customers who come to visit us in person. Indeed, come and see the new headquarters, we are waiting for you .

GF: Giuliano and all the friends who collaborated in the success of the BluCamp 2022 made us feel at home. The atmosphere was beautiful, great fishermen who share secrets with the youngest, tales and legends. Big catches and big eats! All this means that even when you take off your wetsuit jacket, the POLOSUB lettering stays on your heart.

Tiziana Martinelli from Polo to Sigal