Boris Reinic and Aleksandar Tomic, spearfishermen from club Luben Rijeka are the winners of the fourth edition of the international Cup of Istria, organized by the club Saint Pelegrin and Granda-sub from Umag. During the six-hour fishing in the waters from Savudrija to Novigrad, Reinic and Tomic caught 27 valid fish with a total value of 36,300 points. On the wire they had eight brown wrasses, four brown meagres, seven white seabreams, one two-banded sea breams, dentex, and five conger eels.

“This is our second victory in a row at the Cup of Istria. We won twice in a row at the Erik Radin Cup in Novigrad, at the last Cup of Cities in Mali Lošinj, only at the Four Bells Memorial in Rab we were third. If we win again in May in Novigrad, we will be left with a transitional trophy in permanent ownership. I don’t know what to say, either we are so good in the old days or others have given in. However, there are more than a hundred years of experience”, said Aleksandar Tomić with a laugh. “If we end the story with an even more experienced boatmen Goran Golac, we will reach more than 150 years of experience!”

“The competition was great, a lot of teams, a lot of fish, great weather. We were checking spots only on Friday. We reviewed the old points. Reinic has had positions since the Croatian championship, so it was not a problem. We were fast moving from point to point, and only one was at 22 meters, the others were up to no more than 15 meters. We caught a nice fish, but not only us – added Tomić.

Second place in the competition of 32 teams from Italy, Slovenia, Montenegro, and Croatia was won by Mario Dodici and Sven Carlin, team Erik Radin 3. Dodici and Carlin also had 27 valid fish on the wire, they had five conger eels, nine brown meagres, five brown wrasses, and eight white seabreams which brought them 31,450 points. 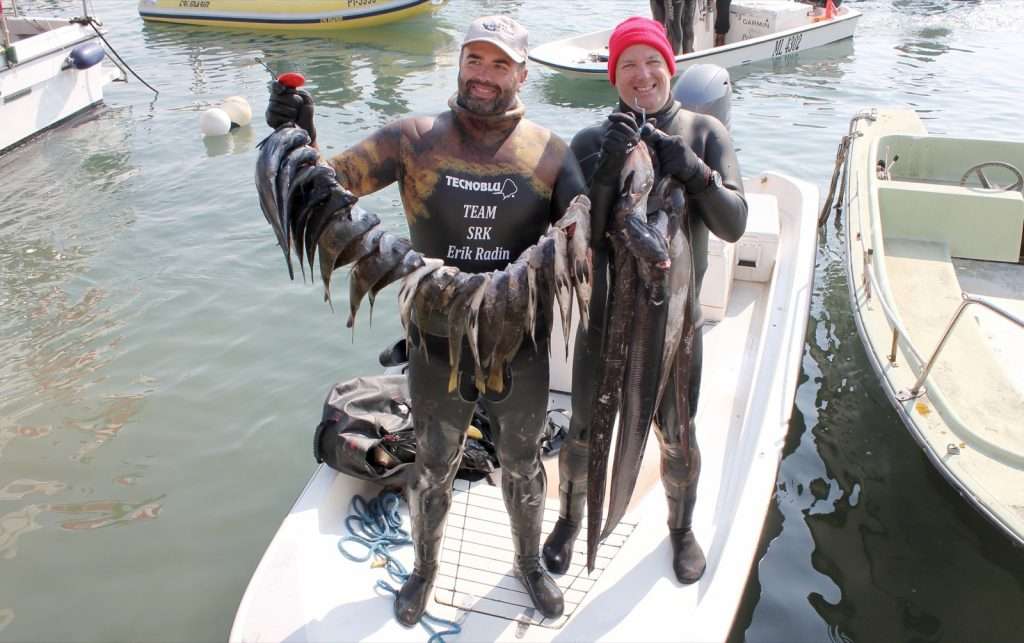 “Our spearfishing depth was between 10 and 20 meters. We had two days of preparations and very, very many spots, but the fish was scattered and needed to be looked for. It wasn’t waiting on the spot, so we struggled a bit, and searched. The competition was great, the visibility was good for the northern part of Istria. We caught a lot of fish and we enjoyed it”, commented Mario Dodici, who returned to competitions and spearfishing with his colleague Sven Carlin after a slightly longer break. 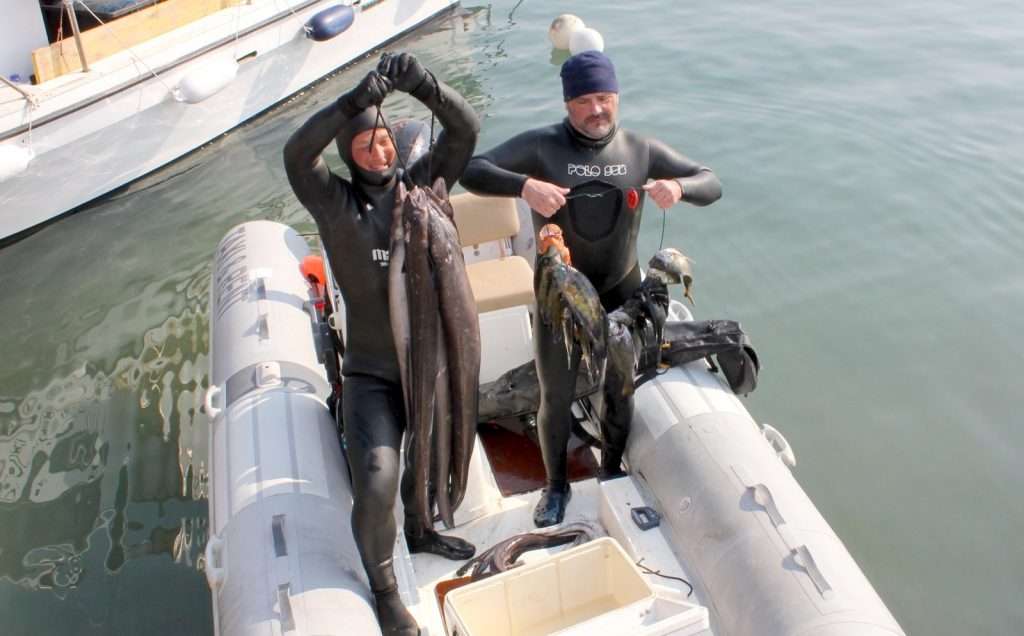 The most valuable and the heaviest fish

The most valuable fish was caught by Zoran Kremenic from Cres’ Parangal, a forkbeard weighing 1650 grams, while the heaviest specimen was caught by Danijel Pizentic from the Grand Sub 2 team, a conger eel of 9900 grams caught in the first dive on 15 meters.