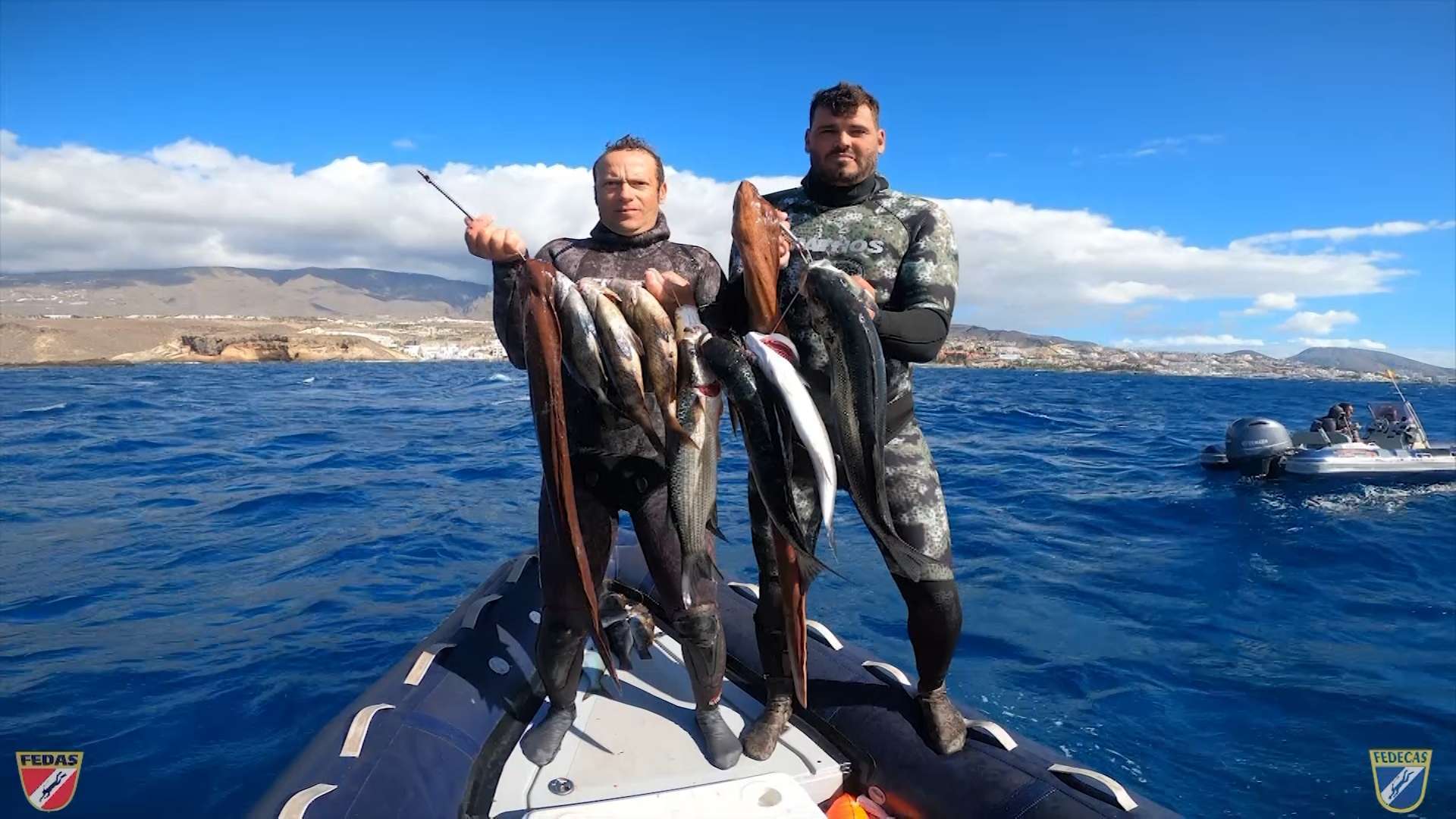 Saturday, November 28, in the incomparable setting of the island of Tenerife, the International Spearfishing Open of Tenerife for teams was disputed also as a tribute to José Antonio Olmedo.

The competition area was T9, in the southwest of the island, between Barranco de Erques and Punta del Camisón.

The weather conditions have been quite changeable throughout the week, which has complicated the work of scouting the area by the participants and developing a strategy to face the championship.

Fortunately, the day of the competition dawned with a gentle breeze and the little background sea that remained from the previous days. The conditions for fishing were good with crystal clear water, except for some areas near the shore where the sea in the background was still noticeable and muddied the water. Throughout the morning some wind picked up making it difficult for the participants to increase their catches. In general, catches have been scarce for most of the teams, among which the mullets have predominated, followed by parrotfish, breams and sea basses.

At the weigh-in, the National team formed by Juan Ramón Pérez, Rayco García and Ángel Cruz won, with 14 fish, 7 species and 1 completed quota (31,017 points), obtaining in addition to the biggest catch of the championship, a 2.959 kg sea bass.

The second place went to the CAS La Tixera team formed by Francisco Martín, William Jesús Santos and Walter Hoel Santos, with 13 pieces, 5 species and a completed quota for a total of 25,368 points.

The third step of the podium has been for the Galician team formed by Adían del Río, Elías Villar and Ricardo González, with 11 pieces, 3 species and 2 completed quotas that have meant a total of 23,424 points.

In short, it has been a complicated championship and conditioned by changing weather conditions during the preparation week and even during competition hours. Congratulations to all the participants and congratulations to the champions.

Juan Ramón Pérez, a member of the winning team, told us:
“It has been a super complicated championship due to the changing weather. The first two days we had 30-meter visibility and flat sea, but already on the third day, a storm of strong wind and swell of 2 to 3 meters entered, which conditioned our strategy and we decided to try to focus on species and not on closing quotas. In the end, it seems that it was the right strategy for the final result, winning the championship with the greatest number of pieces, the largest number of species and the largest piece ”.

A beautiful video of the competition has been shot and edited. Well done also to this team!