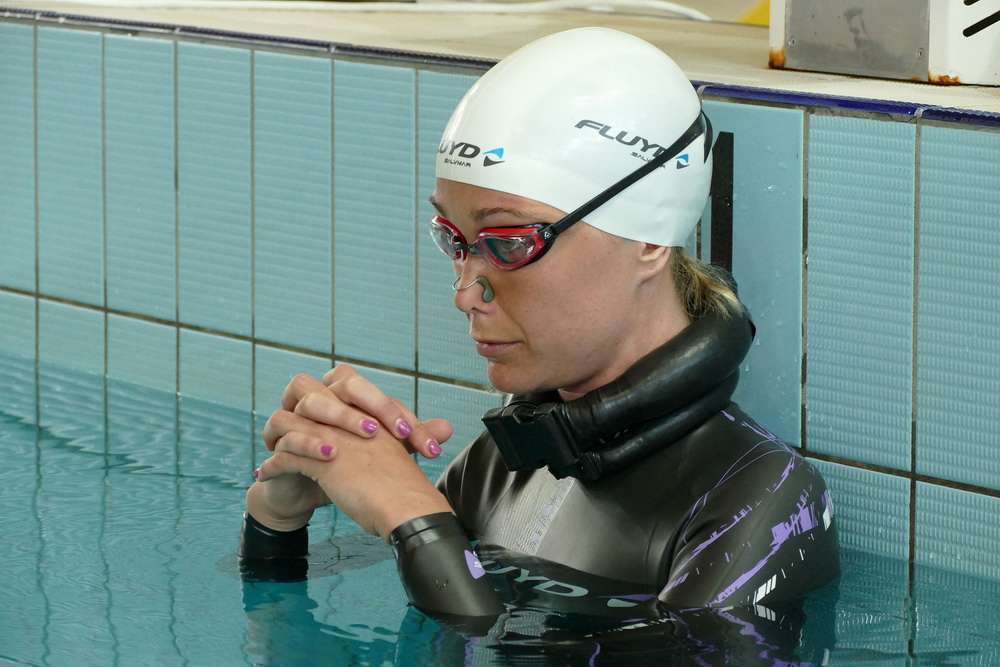 Among the 45 participants, 30 men and 15 women, Alessia Zecchini and Olivier Elu have won respectively the women and men categories. Alessia, more and more polyhedral and dominant in the various different specialties of apnea, once more sets a New World Record, bringing it from her previous record of 165.34 m, to the fantastic measure of 171.22 m. The women podium is totally conquered by the hosts of the Championship, with second classified Cristina Rodda, from Turin, with 137.25 m, who beats her own personal best of 136 m, while third is the strongly growing Tiziana De Giulio, from Bari, who, after only two years since her first approach to Indoor Apnea and at her first World Championship experience, manages to conquer a fantastic medal with 136.51 m. In the women ranking, in fourth position we find the Croat Lidija Lijic Vulic, with 135.2 m, followed by another Italian, Tatiana Di Poi, with 129.3 m and a second Croat, Ines Jovic, with 108.19 m.

In the men ranking it is the French Olivier Elu to position himself first with an excellent 189.65 m and new World Record, beating the previous World Record of 182.88 m. Second is the Russian Aleksander Kostyschen, with 185.3 m, and immediately after, with less than one meter difference, the Croat Marko Moretti, with 184.2 m. At the base of the podium, the first Italian athlete, Luciano Morelli, with 181.45 m, followed by another Italian, Alessandro Zacheo, with 174.6 m. Sixth another Italian, the always-strong Michele Tomasi, with 169.5 m.

Bad luck for the French Arthur Guerin Boeri, owner of the previous World Record, who has reached up to 220 m (unofficial data), and disqualified for “Late Entry” in the starting phase.