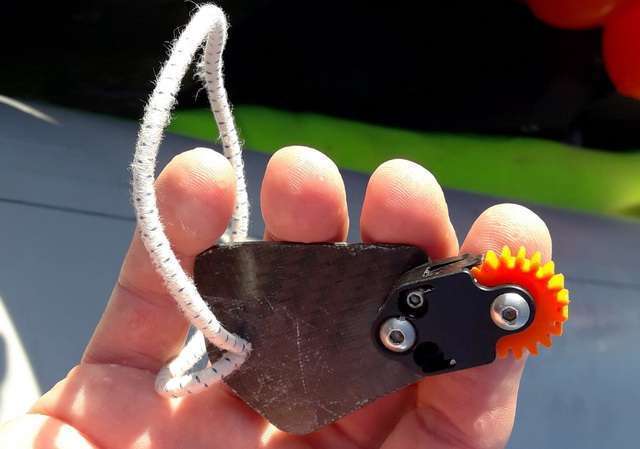 Many sounds for the recall of fish exist as we have already discussed, but also a more artificial one is possible.

Some small companies produce them, but also spearos manufacture them on their own, some others produce solutions that can be mounted directly on the speargun. Said that, it seems the system works; it is a small mechanism where a cogwheel lifts with each tooth a small reed, made of plastic, metal or even carbon fiber (as the one in the video). This produces a rattling sound. It seems many fish are attracted by such sound. We will test it!