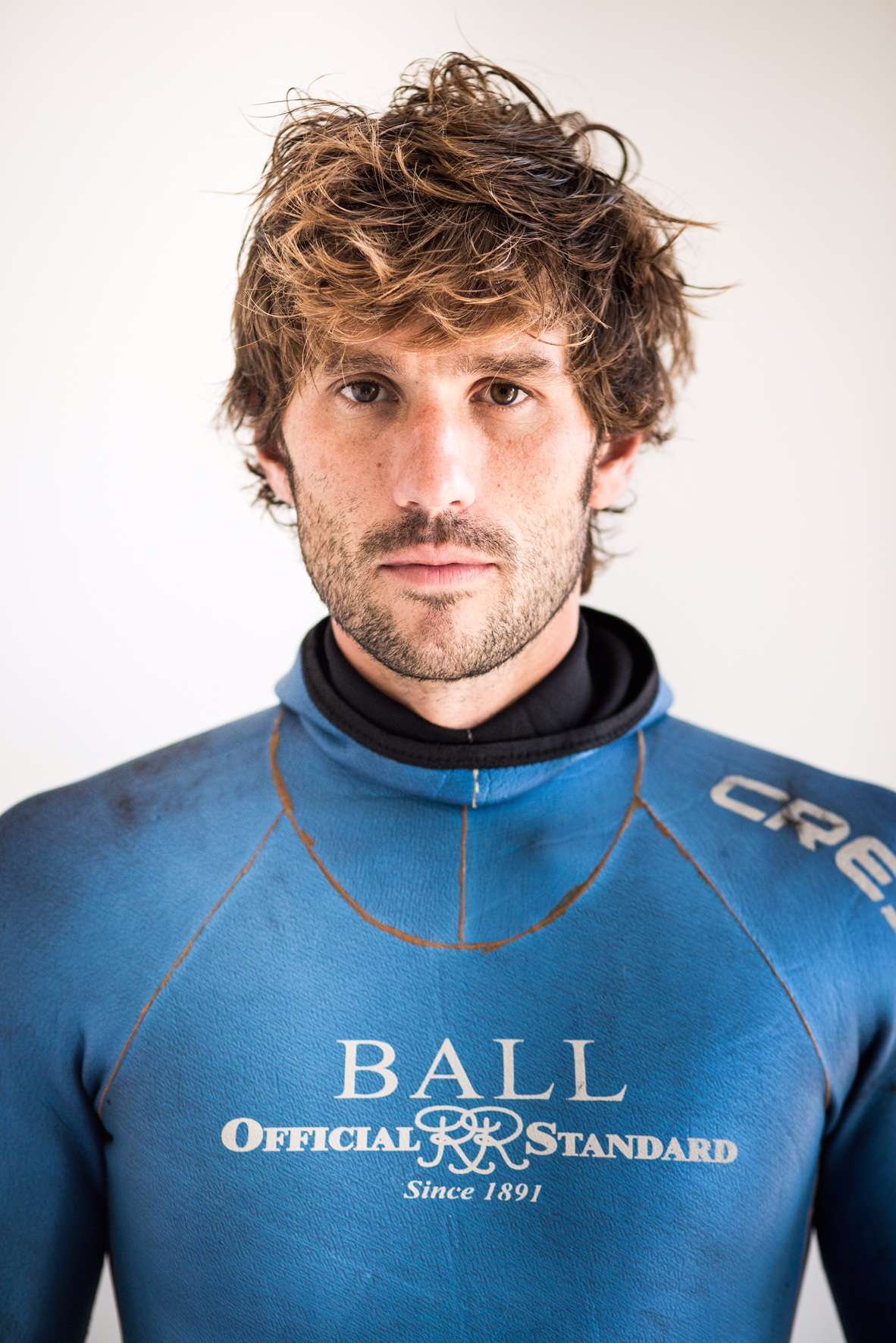 The name Guillaume Néry could maybe not be immediately recognizable by all, but if we suggest “Ocean Gravity“, surely the number of his estimators will multiply.

As it is known, this video, filmed in the famous Tiputa Pass in the French Polinesia, sees this outstanding athlete being pushed by the violent current coming back from an almost lunar sea bottom, surrounded by water that the capacities of the director, Julie Gautier, the wife of Néry, has managed to transform in a sidereal space. This performance, that goes together with the magic dive in the blue of the Dean’s Blue Hole, immortalized in the video “Free Fall“, by its own would be sufficient to make Guillaume Nèry worthy to be part of the Olympus of the freedivers, and to demonstrate the capacities and preparation of this great Champion with an incredible palmarés.

Class 1982, Néry is a specialist of constant weight apnea (CWT). He has obtained the World Record with -87 meters in 2002 at Villefranche-sur-Mer, in the Maritime Alps in France. In 2004 he has beaten his record bringing it to -96 meters, in Saint-Leu, at La Réunion. The 6th of September 2006 he has again confirmed his World title with a depth of -109 meters, in Niece. In 2011, Guillaume Néry wins the individual World Championship with a dive of -117 meters at Kalamata, and after that he brings the record to -125 m. Last September, after having reached during training the depth of 126 m (French record), while he was trying to reconquer the World record, today owned by Alexey Molchanov with the depth of 128 meters, he has encountered a serious accident that could have suddenly stopped his career. The accident has been provoked, inexplicably, by an error in the measurement of the guide line, where the signal indicating – 129 meters actually corresponded to – 139 meters.

On stage at the Eudi Show, together with Umberto Pelizzari, it will be Rémy himself to relate in first person this bad adventure and to tell us about his life as a Champion, of his records, of his training techniques, and most of all of his vision of freediving, he has expressed in the book “Profondeurs” (Depth). With this volume, that will surely be the center of the meeting with the French Champion, Rémy will make us dive in the heart of his apnea, not a sport, but a philosophy of life, a means to reconnect with himself and explore that other universe that is the bottom of the sea. A totally uncommon trip that Nèry has followed until the very borders of human limits.

Another unmissable appointment to put in the agenda and that is addressed to freedivers and non, Saturday 5th of March, at 14:30, on the Nettuno Stage with: “Depth. Life and secrets of the man of the abyss”.