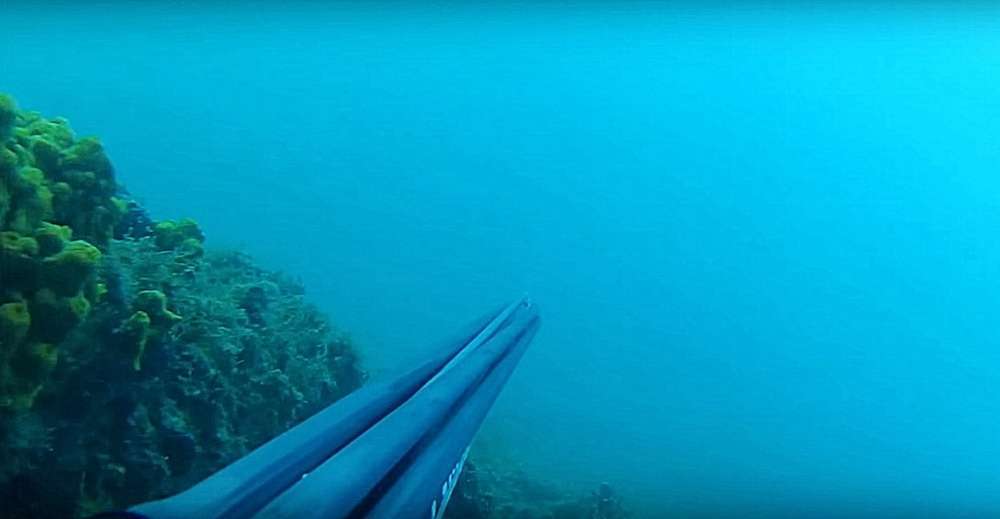 This is mainly due to the rivers that, full of rain water, release a lot of water in the sea, impacting mainly the coast. But, also weather conditions, leading to rough sea, determine an additional clouding effect.

With such a situation of unclear water, spearfishing is usually done in shallow water, with the “waiting” technique, as some species, such as sea bass, mullet and bream, move near the coast, where there are rocks closer to the water surface that are more likely to be hit by the weak Winter sun rays. This, in fact, determines more algae and mollusc on the rocks, attracting small fish, which are the preys of the bigger predator fishes.

Unclear water can seem to be a limit, but it is also a good ally, since fish have their weak point in their sight sense, so they are also somehow blind in such conditions. At the same time, because of such situation, fish will use as much as possible their lateral line to sense movements by predators nearby. The lateral line is a line along the fish body, slightly over mid position, made of pores linked to nerves that sense pressure waves generated by movement in the water.

For best results, we should try to move as slowly as possible in the descent phase, limiting, as much as possible, the use of fins, especially in the final part of the descent, positioning ourselves delicatly on the sea floor, after having followed a diagonal line.