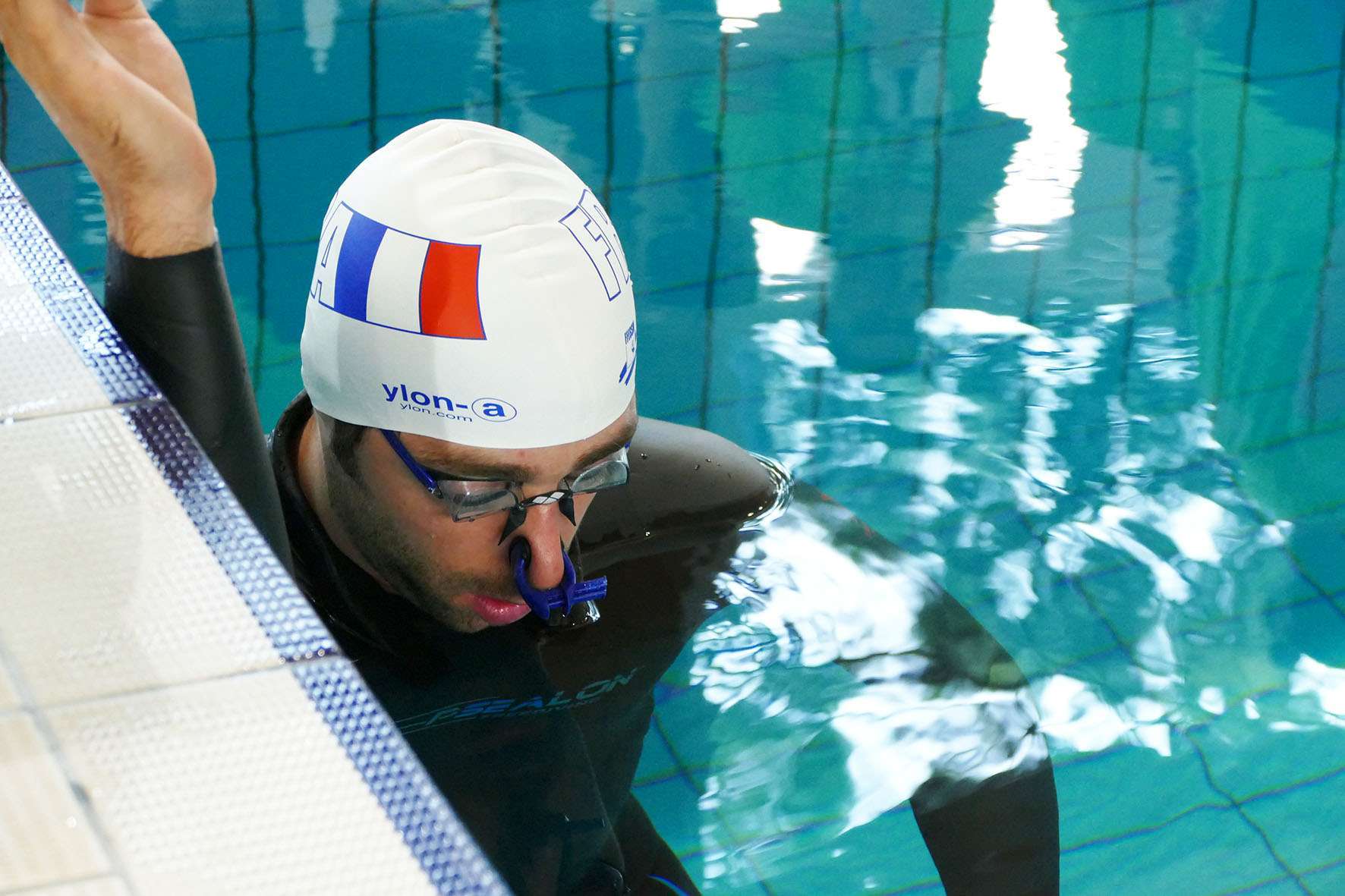 Lignano Sabbiadoro (UD) – 11/05/2016. The 9th CMAS Apnea Indoor World Championship has ended today with a memorable day for the World of Apnea and for Sport in general.

Two have been today the outstanding results with New World Records: the first is the one obtained by the French Arthur Guerin Boeri, who sets the amazing distance of 300 meters, six full 50 meters pools. The second has come from the women competition, where the always-stronger Alessia Zecchini, after having conquered two World Records in the Dynamic Apnea without fins (DNF) and in the Dynamic Apnea with fins (DYN BF), swims the incredible distance of 250 meters, beating by far her previous World Record of 233 meters.

In the men category, the battle has been breath-taking, with, behind the French, the Russian Aleksander Kostyschen, also capable of an astonishing performance, equal to 272.75 meters. Third is the Italian Luciano Morelli, with a very much deserved Bronze Medal, after having just come extremely close to it in the DNF and the DYN BF. Luciano has reached the considerable distance of 250 meters, beating his personal best by 26 meters.

Two other Italians follow in the classification: Aldo Stradiotti, with 239.4 meters, and the tough and very technical Alessandro Zacheo, at his first World Championship appointment, with 235.78 meters. Sixth is the French Olivier Elu, also consistently over the 200 meters, with 226.4 meters.

In the women category, after the multi-World Champion Alessia Zecchini, 5 team-mates follow: Cristina Rodda, with 219.7 meters, and, just a step behind, with 219.03 meters, the young Tiziana De Giulio, who in this World Championship, her first one, has really over performed.

In addition, Livia Bregonzio, called in the National Team at the end, has not disappointed expectations, swimming 209.38 meters. Very good has also been the performance of Tatiana Di Poi, who does much better than in the DYN BF, obtaining a net 200 meters. Sixth is the World Champion and Record Holder of the Endurance Apnea, Martina Mongiardino, with 193.62 meters. The first non-Italian athlete is the fantastic Spanish champion Mara Carolina Torrealba Pascuet, who reaches 176.65 meters.

No luck for Andrea Vitturini, who has been a little bit “annoyed” by a problem to his knee and loses concentration during his performance, but who is anyway happy for his fantastic result, with World Record, in the DYN BF.

So the 9° CMAS Apnea Indoor World Championship, raced in Lignano Sabbiadoro (UD), Italy, ends with up to 10 World Records set, obtained in all specialities, excluding only the Static Apnea, both women and men.

The medal ranking sees 6 nations winning a medal. First is Italy with 18 medals, of which 5 gold, 5 silver and 8 bronze. Second is France, with 3 gold and 3 silver, third is Germany with 2 gold and one silver, fourth is Russia with one gold, 3 silver and 2 bronze, fifth is Czech Republic with one gold and sixth is Croatia, with 2 bronze medals.