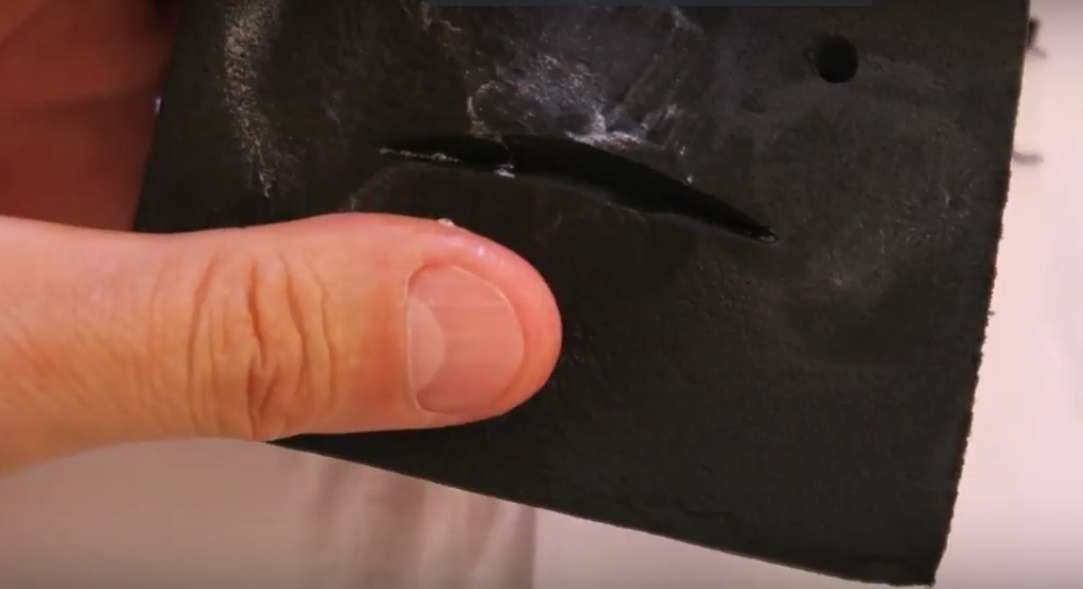 How many times have we found ourselves with a cut on the wetsuit when ready for our dive? Tragedy!

How can we save ourselves from a cut in the wetsuit that, we know, would definitely reduce the thermal isolation and would spoil the spearfishing or freediving day? On the smooth external and open cell internal neoprene wetsuit we also know that a cut quickly widens. The problem exists especially if the wetsuit is wet, even more if soaped, so liquid neoprene does not work. The fast and effective solution actually exists, and it is the cyanoacrylate, famous as Super Attack, a glue studied by the American Army during the war in Vietnam, and used to immediately close wounds without the need to sew them.

Cyanoacrylate permits to glue perfectly neoprene, even if it is wet and sopaed. It is sufficient to put a minimum quantity on both surfaces of the cut, covering well both parts, and keeping strongly pressed the two sides for a few instants. That’s it, the job is done! So, simply, always carry in your bag a tube of glue similar to Super Attack, but generally any cinese cyanoacrylate glue would perfectly do the job and cost ten times less. If you will find yourself in difficulty due to a cut in the wetsuit, such glue will save your day. Obviously, always try to clean the two part to be glued together, possibly washing them with fresh water and no soap, and then drying them with a cloth or towel.

AP has tried the test, and results have been excellent, with perfect gluing. Evidently big cuts can give some small problems as the cyanoacrylate is harder then neoprene when dry. So evaluate well on which cuts, and of which dimensions, to utilize this effective “save the day” solution.

In the test by AP we have wanted to make the gluing particularly difficult. First of all we have utilized a piece of neoprene with a big cut, and moreover soaked with water and soap. Without even washing it with fresh water, we have simply dried the cut with a towel.

We have then utilized a UHU glue, similar to Super Attack, of the cost of 2 euros. We have used even too much of it, less would have been sufficient. Initially the gluing was not effective since the glue needed time for the solvents to evaporate, Such solvents are used to keep the glue liquid when inside the tube. After a few instants though, the glue started to work. For best results the two parts of neoprene must be strongly pressed one on the other.

After glue has dried, pulling the two parts, the results seems excellent. A real sav the day solution!