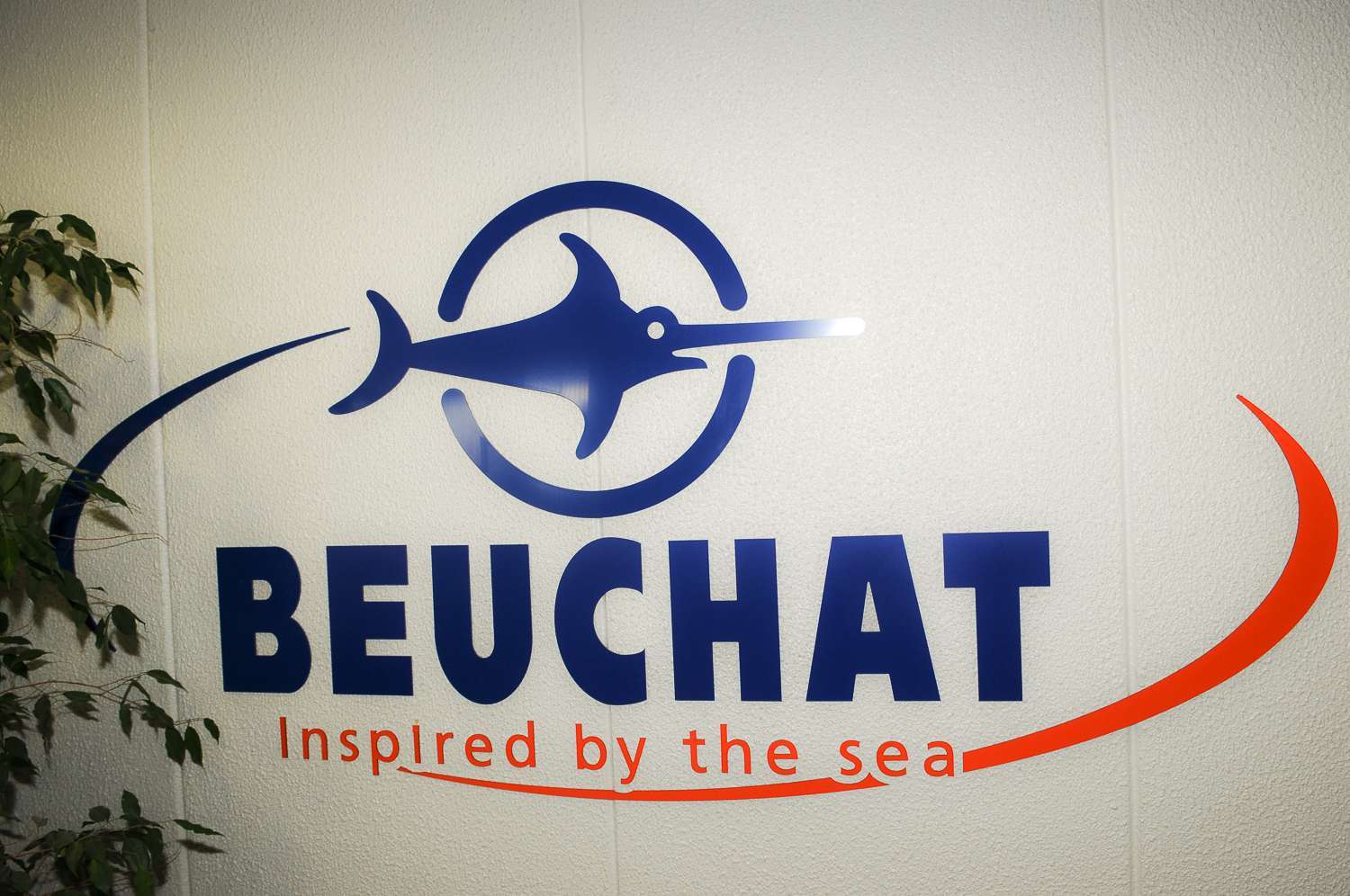 The French company Beuchat has started 2018 with a new boosted approach on spearfishing equipments offering completely new products such as speargun, reels, mask and carbon fins.

In 1947, Georges Beuchat, the visionary forerunner of under-water sports fishing, invented the first underwater speargun, the celebrated Tarzan, by developing the first elastic propulsion system. In a real sense the spirit of the Tarzan continues to inspire the brand with the unique blend of creativity and technical excellence.

After the last completely new and revolutionary speargun designed and launched in 2010, the Marlin Revolution, Beuchat needed to renew the speargun offer, and has done it with a more classic solution, the Hero, strangely enough the exact same name of Salvimar new sling gun.

Simple but complete in many details, the Hero has a 28 mm diameter barrel, with integrated shaft guide made of two rails and capable of accomodating from smaller diameter to over 7 mm diameter shafts. Barrel wall has been reduced from 1.2 mm to 1 mm compared to other Beuchat spearguns to reduce weight and obtain better bouyancy. Release mechanism is 100% 316 L stainless steel, positioned in a 1.6 mm thick box and right lateral line hook that can be inverted also to left side. All metal elements are polished with tumbling process to avoid cut of the line. Trigger has a dismountable plastic cover to increase or decrease distance for index finger (Also adapting to thick or thin gloves). Saftey system is on both sides but slightly small.

All plastic elements are in glass loaded nylon and micro glass beads that determine and extremely strong non deforming component. Grip can be both standard or anatomic (right and left), and cover will be in soft elastomer (techno-polymer). On the handle, in front of release mechanism, there is a concave area to help hold the shaft with the fingers to position it during loading phase.

Two aspects help clear and improve line of aim: the lateral fins on the handle that keep the line on the side, and a cutaway V shaped gun butt.

New open muzzle permits to use two 16 mm or more (18 mm) diameter rubber bands, and also has many small passages for the line, giving various possibilities depending on the preferences of the spearo. Various holes on the muzzle reduce weight and eliminate tensions from the production in molds.

Beuchat Hero is available from 75 to 120 cm long version.

The new reel ACTIV by Beuchat is made in ABS material, which is extremely resistant and for such reason there is no metal axis part in the center. Lengths of 1.5 mm line that can be winded on the reel is either 30 or 50 meters depending on the dimension of the model.

Clutch is adjustable thanks to a good grip knob and a conic disk. The line guide can be lifted up shifting upward the line itself and so taking it away from the sea bottom, avoiding tangles with rocks or weeds.

Made of external prepreg carbon fiber and glass fiber internally, the new LS carbon fins are designed with 9 layers of fiber, cut orthogonally respect to the logitudinal axis of the blade. Production sees use of outoclave with pressure around 3 bars.

Foot pocket has two different rubbers, with 50 Shore degrees in the grey areas, while 60 degrees Shore is used for the black parts.

No water rails are mounted, as after various tests with different dimension ones, best choice evaluated has been to eliminate them. This is possible also thanks to the flap with the central V profile which permits to avoid lateral slip.

From the name of an amazing predator, Beuchat had launched the new Beuchat Lynx mask. New produt is a frameless solution with internal volume of only 90 cubic cm (value indicated by Beuchat and to be measured by AP), reducing the value by 5 cc compared to the Micro Max. Aim of Beuchat with the Lynx has been though the best adaptation to almost all faces. Good space for the nose is also key and permits to equalize simply putting the finger under the nose. Almost all external surface of the silicone of the facial is matt.

Rear rubber band has a central bent part for best elasticity and fitting on the head. Buckles rotate and are attached to the facial and not the chassis of the Lynx to avoid the mask coming off the face in case of shocks. Chassis is made of silicone and polyammide. Lynx lenses are 2.8 mm thick.