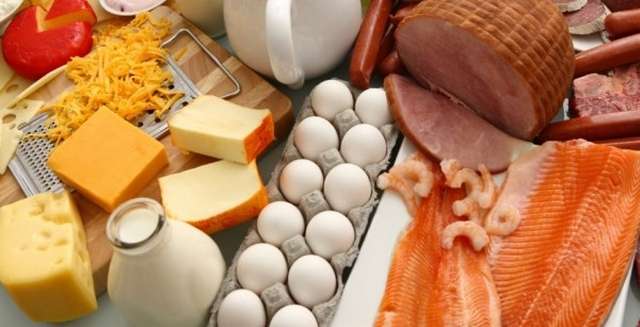 Among athletic training diet has a basic and central role.

Performance is not only the result of technique, training, talent and athletic preparation. We live with what we introduce in our body, so everything is linked and dependent from a correct diet, adequate to the specific moment and needs of each one of us.

Before going deeper in the subject, we need to make an introduction. Around 1990 trend was given by food intolerance. Most people thought they were intolerant to flour, yeast and milk. Tests were done on a more or less scientific level to verify such intolerances, but with time it was clear that such approach did not bring to real solutions. After that, around year 2000, the new idea was that most people suffered from celiac desease, that by the way is given by genetical factors, so either it is present already at younger age, or a genetic change cannot happen generating celiac desease in adult age. Finally, in the last 10 years, it seams that research has led to the a correct explanation to what should be at the base of “adult celiac desease” and “intolerances”, and this is sensitization to sugars, carbohydrates and starches. This is due to the use of very poor raw materials, from which such substances are absorbed by the body. So finally food is so refined that these products give a too violent stimulation to the pancreas.

Consequently, the pancreas frees perfectly functioning insulin in the blood, but in a too high quantity compared to normal. Such situation takes away sugars from the blood, so that the athlete goes into reactive hypoglycemia.

This is a point that must be well kept in mind: sugars, carbohydrates and starches coming from low quality raw food, are extremely refined and give violent stimulation to the pancreas, which inputs perfectly functioning insulin in the blood, but in very high quantities, and so leads to reactive hypoglycemia.

What does reactive hypoglycemia mean?

It means that a person, an athlete and, even worse, a diver, for example eats a muffin or cracked slices with jam, and to this ads cappuccino with sugar, since he/she needs sugar before a physical performance. In reality, with such diet that moves a lot of insulin, the athlete goes into hypoglycemia, with dizziness, empty head, lack of concentration, sense of fainting, cold sweating, chills of cold. In the diver BO (Bòack Out) will be more likely.

This can happen also with a simple and apparently healthy pasta with olive oil, and final reaction will be of the same kind.

Then how is it possible to avoid such negative situation?

It is very easy: introducing proteins. Below an example of a diet (no quantities, just indicative kind of food) to control glycemia.

Bread, in small quantity, with raw ham, or bresaola, or speck, eggs, sheep cheese, not more than twice a week, tuna in olive oil, salmon.

Pasta, from Italian wheat and not too refined flour. This can be understood by the cooking minutes (al dente!), that must be from 11 minutes on, so all pastas that have indicated as cooking time less than 11 minutes must be avoided. For example pasta Rummo, De Cecco, Voiello, Fior Fiore Coop are good. These will have to be mixed with easily digestible proteins. A pasta alla carbonara (pasta, eggs, bacon), if made in the correct way, is absolutely a good solution and gives response to the need of balancing carbohydrates and proteins.

Moreover, if a sensibilization to sugars, carbohydrates and starches is present, in addition to the above mentioned symptoms, strong meteorism due to dysbiosis and so fermentation and putrefaction can accur, that on a diver mean having the diagphram shifted upward and so less mobile.

So, for a diver having sensibilization to sugars, carbohydrates and starches means having illnesses due to reactive hypoglycemia, up to BO, and less efficiency in the breathing action.

Doctor of the Italian National Teams of Indoor and Outdoor Apnea, first classified for number of medals at the last World and European Championships.