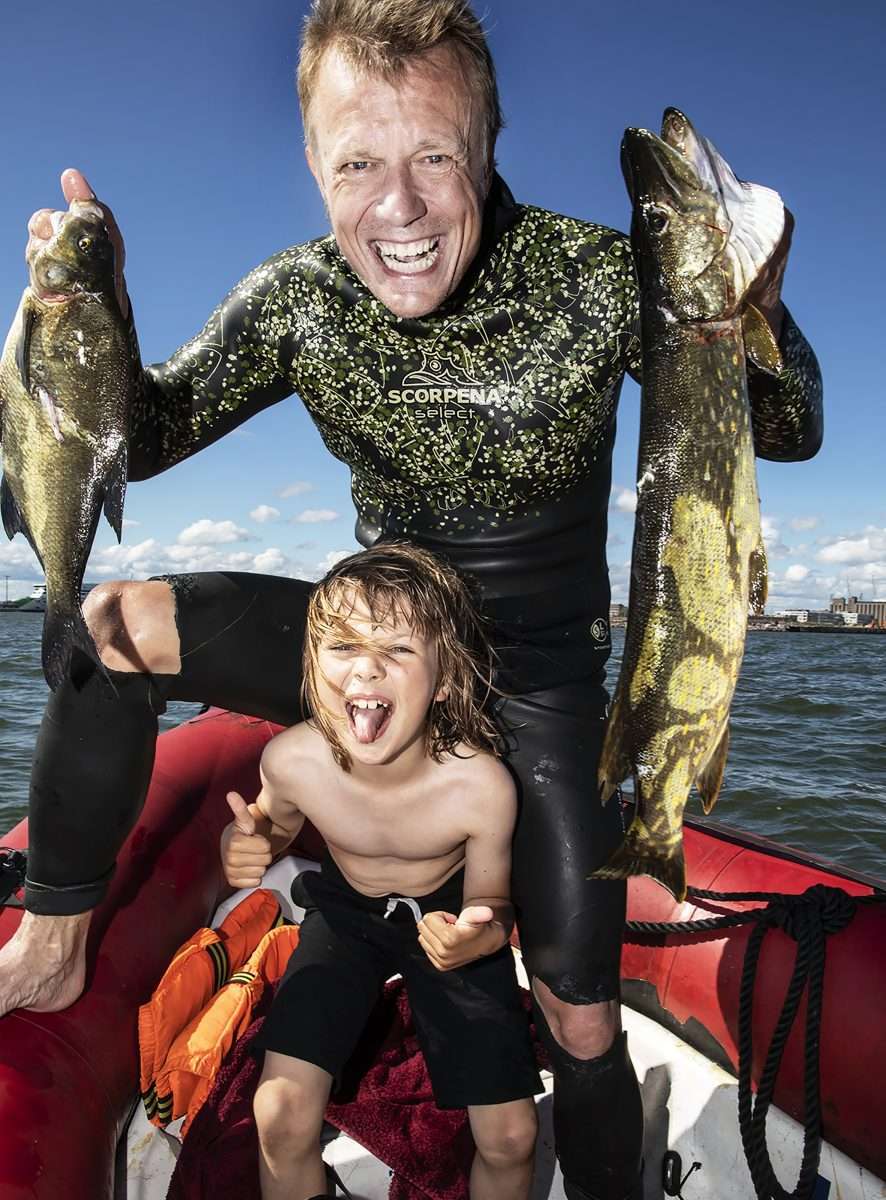 One of a kind – Together strong to keep our sport alive

Matty Pyykko „Baccalaopappa“ is one of a kind. Spearfisherman from Finland, he is a sort of legend because of his special way of enjoying competitions all around the world. Matty’s energy, smile, excitement are the things that make every and each competition more special. In fact, in the end, it is not all just about the result, it is about hanging out with people that you can’t see every day, enjoying time spent in the big family of spearos from all over the world for a few days. This year athletes from many countries will come once again to Matty’s beautiful country for the First CMAS Freshwater Championship.

Valentina Prokic: How and when did you start with spearfishing?

Matty Pyykko: In Finland, most youngsters are doing some kind of fishing when they are young. Just one day I realized I can chase the fish also underwater. Finland has a lot of history in spearfishing. Team Finland has participated in the World Championship in Cuba in 1967, so it was easy to find people practicing spearfishing in Finland.

Valentina Prokic: How and when did you start to compete?

Matty Pyykko:The competition scene has always been very strong in Finland. We have many different places in the sea and a lot of great lakes to do spearfishing. And Norway, the Atlantic ocean, the paradise of spearfishing is just 15 hours drive from Finland

Matty Pyykko:When I was younger I wanted to be top 10 in the world, but now I am focusing all my energy to support females and youngsters spearfishing in the North of Europe.

Valentina Prokic: Your best results until now? Home and internationally?

MP: The results don’t count, the main thing is that I have met amazing people during my spearfishing trips and in the competitions. These experiences have affected me strongly as a person. My skills to speak Spanish have of course helped me a lot.

Valentina Prokic: What are your plans for competitions this year? Finland is hosting the first European Freshwater championship, will you compete or just work in the organization?

Valentina Prokic: Can you tell us more about the Freshwater championship?

Matty Pyykko: Differences are fish species and the way of fishing…who are favorites for medals? The straight answer is that it is the same as it was in Helsinki in 2013, but the visibility is 5 times better. It is the same freshwater species, mainly pikes, perches, and breams. The CMAS rules allow us to hunt only one pike per day because the pikes can be more than 5 kg. So the one big pike will give the winner. Normally in Finland we have maximum weight points per fish of 2000 points. So the big fishes don’t count too much.

Valentina Prokic: You are well known in the spearfishing world with your specific way of competing that generates a lot of fun, excitement, laughing…

Valentina Prokic: Where do you live and what is it like?

MP: I am living in the west of Finland. There is an amazingly beautiful archipelago. Desert, with no people at all. I was very happy when my family moved there, away from the capital Helsinki.

Valentina Prokic: Do you have any special way/secret/something different from other spearos that you use to catch specific fish or to find it?

MP: I have always been the toughest, strongest spearfisher in the north. So my „secret“ weapon has been the ultimate condition for swimming and diving. But nowadays I am at my best in Norway, where you need to shoot with precision and swim in the strong current.

Valentina Prokic: Do you need to adapt a lot as spearos from North when you come to the Mediterranean or to Ocean competitions?

Valentina Prokic: What do you prefer from equipment?

MP: Of course to hunt in the cold waters of Scandinavia the wetsuits have to be very very good. Thanks to the development of the spearfishing brand, there is plenty of great options.

Valentina Prokic: Fishing is not your job. How much time do you manage to spend on spearfishing?

MP: Yes, it is very important that spearfishing is not my job. This situation gives you much more possibilities to enjoy our unique amazing lifestyle. Also, the new sustainable standard is much easier to accept, when you can understand also the „non spearfishers’ opinions“. But we have to be very strong and united to keep our fantastic sport alive, strongly. It will not be easy in the future.