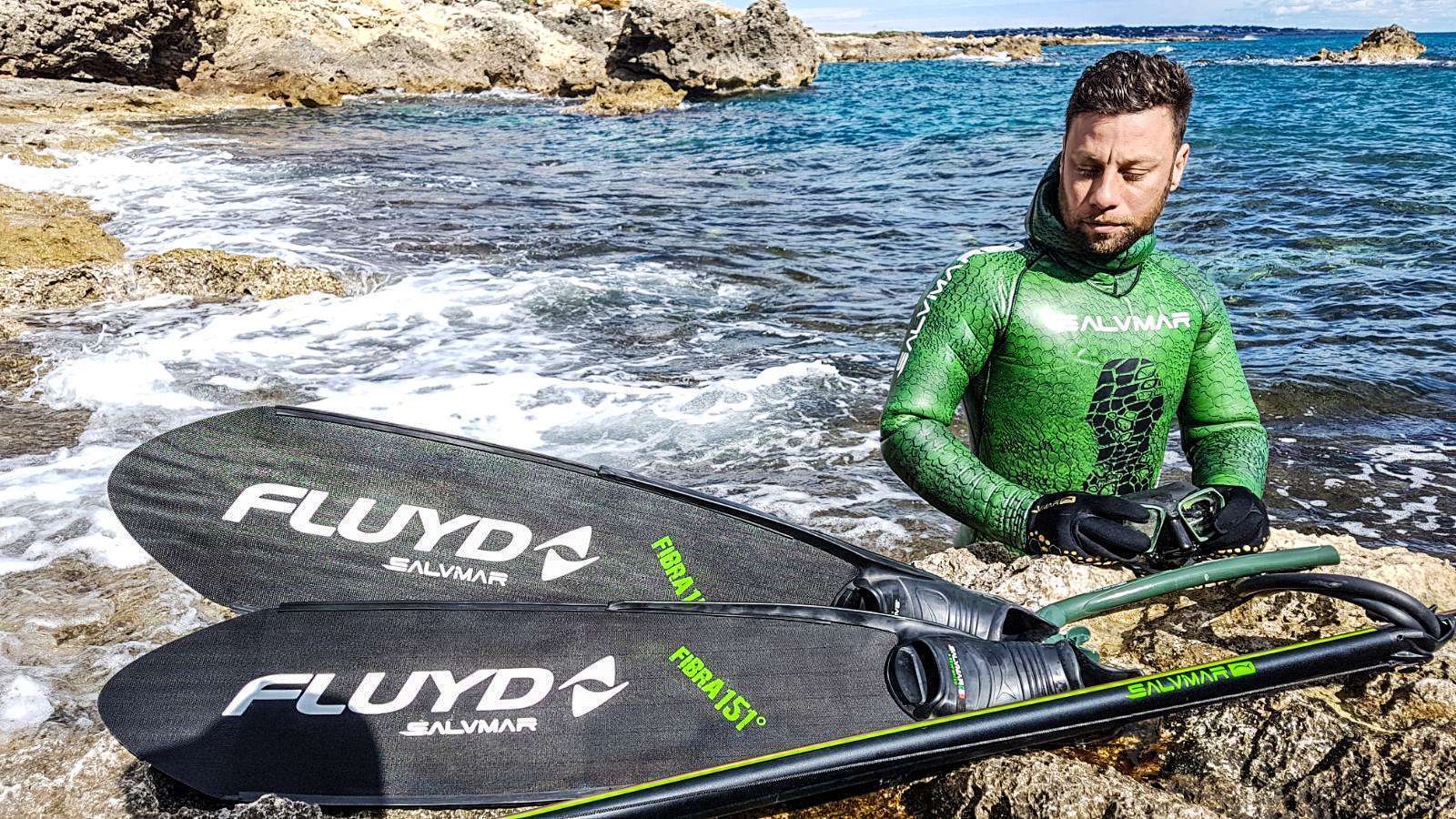 After 10 years in Mares, where he has grown and lived important years as an official athlete with the great company of Head Group, Concetto Felice, Sicilian from Siracusa, has just very recently changed to Salvimar. Concetto will be for the company of Casarza Ligure the first Italian athlete to participate to International competitions, and this year he will compete in the World Spearfishing Championship in Portugal and the Italian Championship in Sardinia. In Portugal Concetto will be one of the three official athletes of the Italian Team chosen by Marco Bardi, the other two being Cristian Corris and Angelo Ascione, both Cressi.

We have interviewed Concetto Felice on reasons of his move to Salvimar, his first impressions on Salvimar products and his expectations for World and Italian Championships.

Apneapassion: Concetto, after 10 years with Mares, a great company, strong and reliable, why this move to Salvimar?

Concetto Felice: With Mares I have worked very well for many years and thank the company for having believed in me; in fact our relations have always been good and are still so today. I must say that at this point of my career I have wanted to find new motivation with a very interesting company, Salvimar, with nice people and advanced products.

AP: Which are Salvimar products that have interested you the most?

CF: Certainly the 151° fin line, but also the pneumatic spearguns with vuoto system (Predator Vuoto and Dark Side), and the latest sling gun, the Salvimar Hero, which is something really sensational.

AP: You have just started to know Salvimar products. Which are your first impressions?

CF: I have chosen the Fibra 151° (glass fibre), both in the short version, for Winter period, and long version, for warm season and deeper dives. The possibility to choose the length of the blade is extremely important, and also I love stiffness progression and reactivity. As sling gun I have tried the newly launched Hero, that is revolutionary, with internal “I” shaped Nylon sections inside the elliptical barrel to increase even more rigidity so that, for even long versions of the Hero, stiffness is so high I feel it is greater than the wooden guns. Moreover, the release mechanism 100% stainless steel with metal wheel to improve the feel when pulling the trigger is amazing. I am also waiting for the Dark Side, the pneumatic speargun in carbon fibre, which should give even better balancing in the water. As wetsuit, I use the revolutionary Nebula, which is really indestructible and, for someone like me always in the water, is a guarantee of long lasting equipment. In addition, camouflage is great and the cut of the shoulders I feel is extremely comfortable.

CF: Certainly, and as always, experience will make the difference and favorite athletes will be the local ones. In Sardinia Dario Maccioni and Cristian Corrias for example. There, we will most probably find the usual sea conditions in June, with crystal clear water and great visibility. In Portugal, again, local spearos will be favorite for the title, so the Portuguese, but also the Spanish. I would add the athletes from Chile, who are used to spearfish in very tough conditions. Since we will spearfish in the Ocean, where I have already competed, even though not in the area of the World Championship, waves will by big and “thick” and will influence spearfishing action even at 10 meters of depth, where the strength of the water could even take off your mask. Spearfishing in the foam and shallow water is expected, still the sea is unpredictable and even at 10, 20 meters of depth one could find good preys like wrasses. So, finally, I am training for such tough conditions, but in Sardinia it will be most probaly the opposite; it is so very tough to understand how to do the preparation.

AP: You will practically be the first Italian Salvimar athlete in International competitions. Which is your feeling?

CF: I always want to do well, and in this case motivation is even higher.