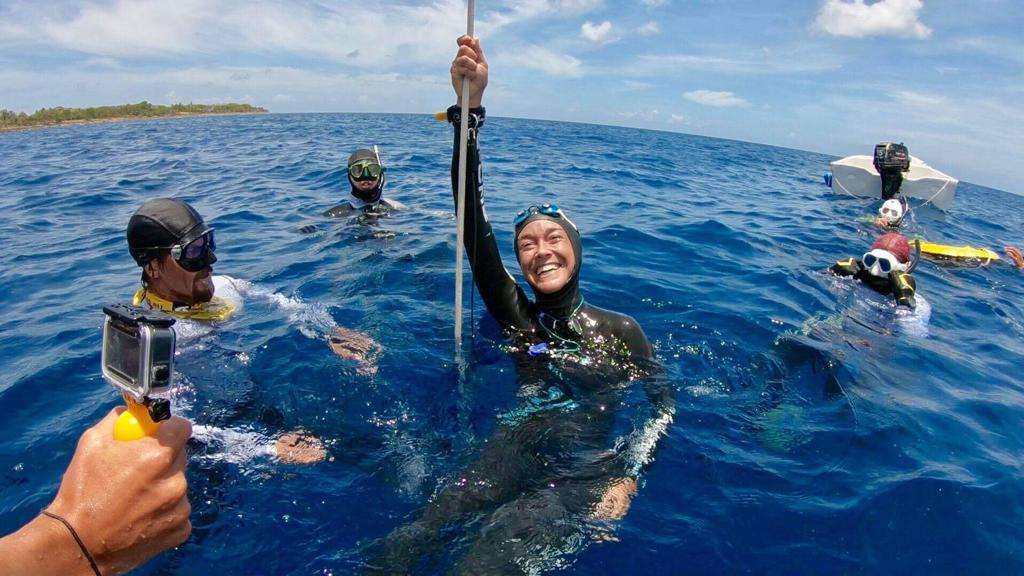 The amazing Italian Champion beats her own World Record (-104 meters) in Constant Weight (CWT), adding another meter to the amazing depth, now set at -105!

In Colombia, at the Nirvana Oceanquest Freediving Competition, Alessia in once more perfect, exiting the water after her dive at – 105 meters, as if she had done something absolutely normal! Her own World Record of -104 meters, set last year at the Vertical Blue is beaten (AIDA). But we have wanted to hear from her own words how this new amazing World Record dive has developed in every moment.

Alessia Zecchini: “I have been extremely concentrated from the start, as in the tentative dive at -103 meters I had lost some concentration, so I knew I had to be totally focused. A this is what I did and what has happened. I have been perfectly concentrated the whole of the dive, closing my eyes at certain moments to avoid making mistakes during equalization, and all has been just perfect.

I have done a perfect turn and have come back up fast, in around 1 meter/second or slightly more. Exit from water has then been perfect.

I knew I could set the new World Record as I had gone down to -105.7 meters in a previous test, and also in that situation I had exited easily with great margin. I expect someone to beat my Record before or later, but certainly it will not be me until someone does it.

My next efforts will be at the Apnea Indoor World Championships, even though I have not specifically trained for them.