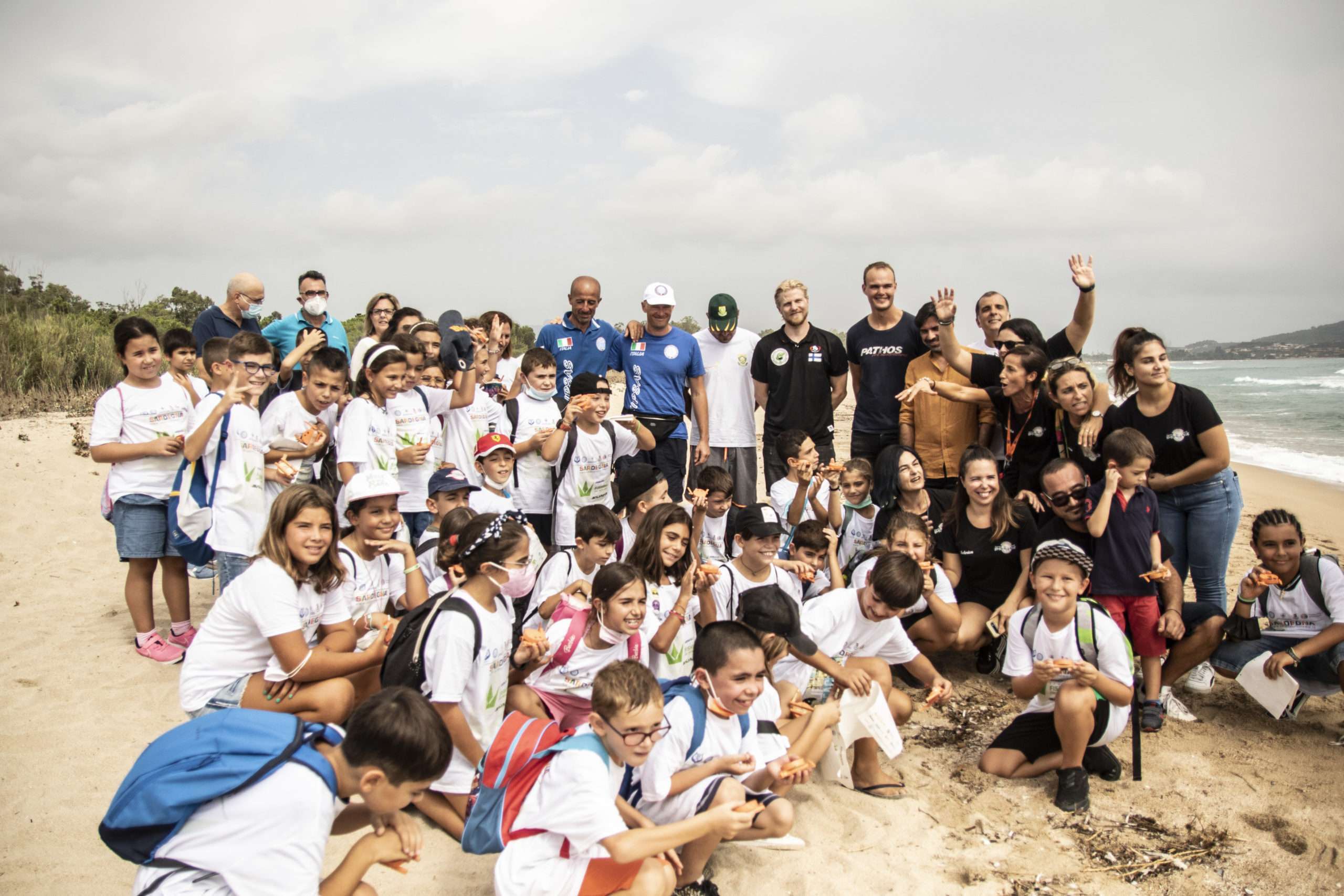 Spain wins the first edition of the women’s title!
Giacomo De Mola and Magdalena Sart Bonin on the highest podiums. The championships held in Arbatax ended with a great and festive participation of the public. Twenty-five teams at the start, including six women’s teams. More than three quintals of the fish caught were
donated to Caritas of Lanusei. Applauses for the environmental education project promoted with the students. The competition is part of the major events sponsored by the Sardinia Region.

Italy is on top of the world.

Sunday 19 September between the tourist port and the Rocce rosse square in Arbatax (Tortolí, Nu) were concluded the weighing operations of the catch from nineteen men’s delegations and the 5 women’s teams that took part in the 32nd male Championship and in the 1st Female Spearfishing Championship. The world championships were held in Ogliastra’s waters with the participation of over 250 foreign athletes, managers and technicians from nineteen nations. Italy took the lead with Giacomo De Mola. Following, the Spaniard Oscar Riera and the Croatian Stjepko Kesic. Not far away the Greeks, Turks and Chileans. De Mola and his
companions confirmed their leadership by winning the world title. For the women’s ranking, absolute domination of Spain with Magdalena Sart Bonin in the lead, supported by Alexandra Prat and Ainhoa Abellan Lopez. The highest civil, military and administrative offices of the territory took part in the award ceremony held in the Rocce Rosse square.
The competition is one of the major sporting events of the Sardinia Region in 2021. “Proud to have financed this event”, commented Gianni Chessa, council member of the Tourism Department, which sponsored the world competition.

Over sixty young people from the Comprehensive Institutes 1 and 2 of Tortolì participated in the workshop curated by the artist Davide Volponi and aimed at creating a crab from the scraps collected on the beach. A precious moment of cultural training – which was held at the Orrì’s Lido – Tortolì seafront – aimed at environmental and naturalistic respect. Project promoted by the Sardinia Apnea School (organizer of the World Championships) as part of the “Fishing For The Planet” initiative, according to which the athletes were asked to create a “map” of the waste on the seabed by marking the points where waste was found during the pre-competition exploration of the seabed. In this context, an Italian and a South African athlete found and released two turtles entangled in abandoned nets. On the topic of sustainability, a round table on the importance of environmental education and sea protection was held – with a greeting from Turkey by the godmother of Fishing For The Planet and freediving champion Alessia Zecchini – with professors Alessandro Cau and Antonio Terlizzi. (University of Cagliari and Trieste), Flavio Gagliardi (Cala Gonone aquarium), Francesco Maria Frasconi (Arbatax Captaincy), Walter Cattari (environment councilor, Tortolì) and Vittorio Loddo (Legambiente). 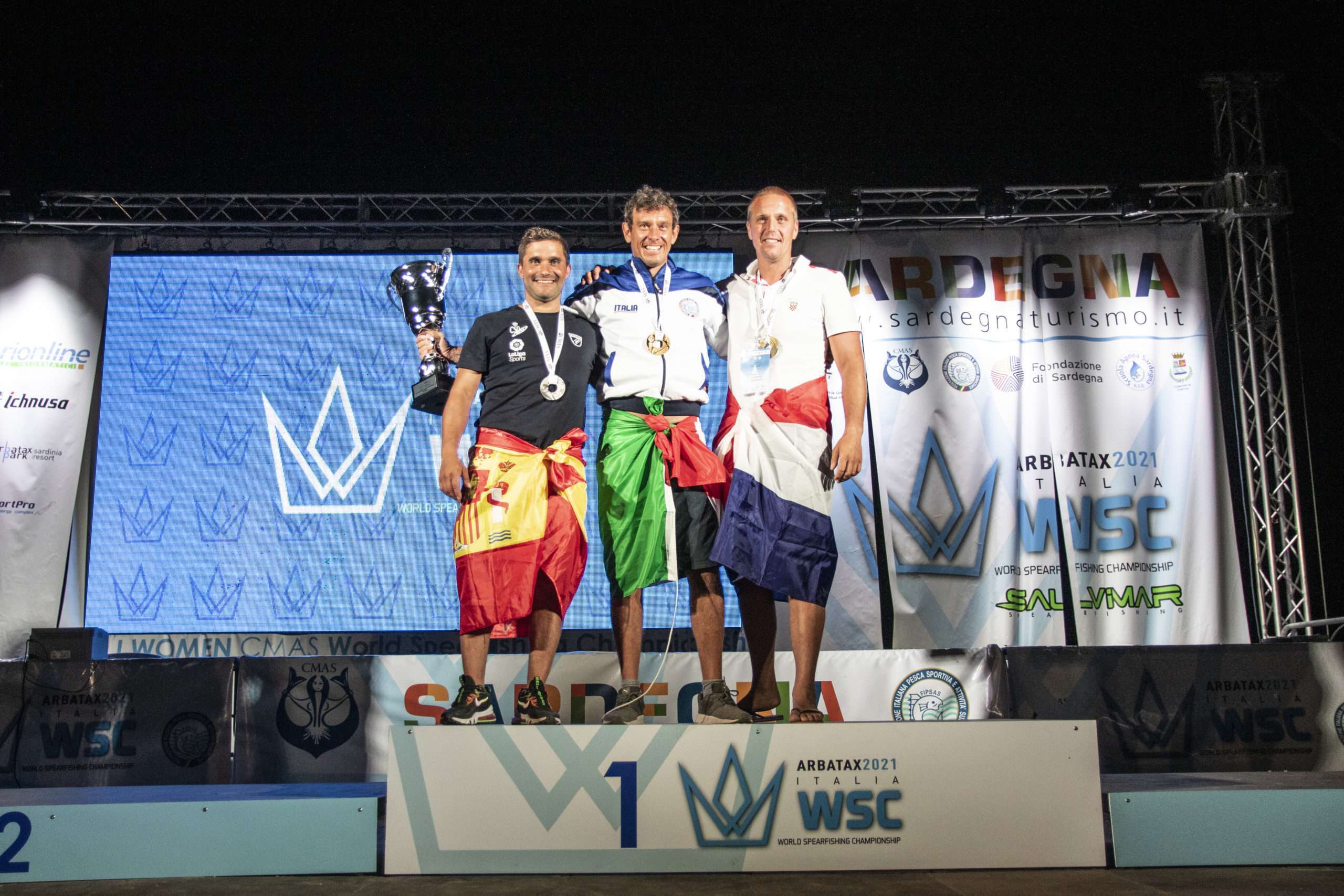 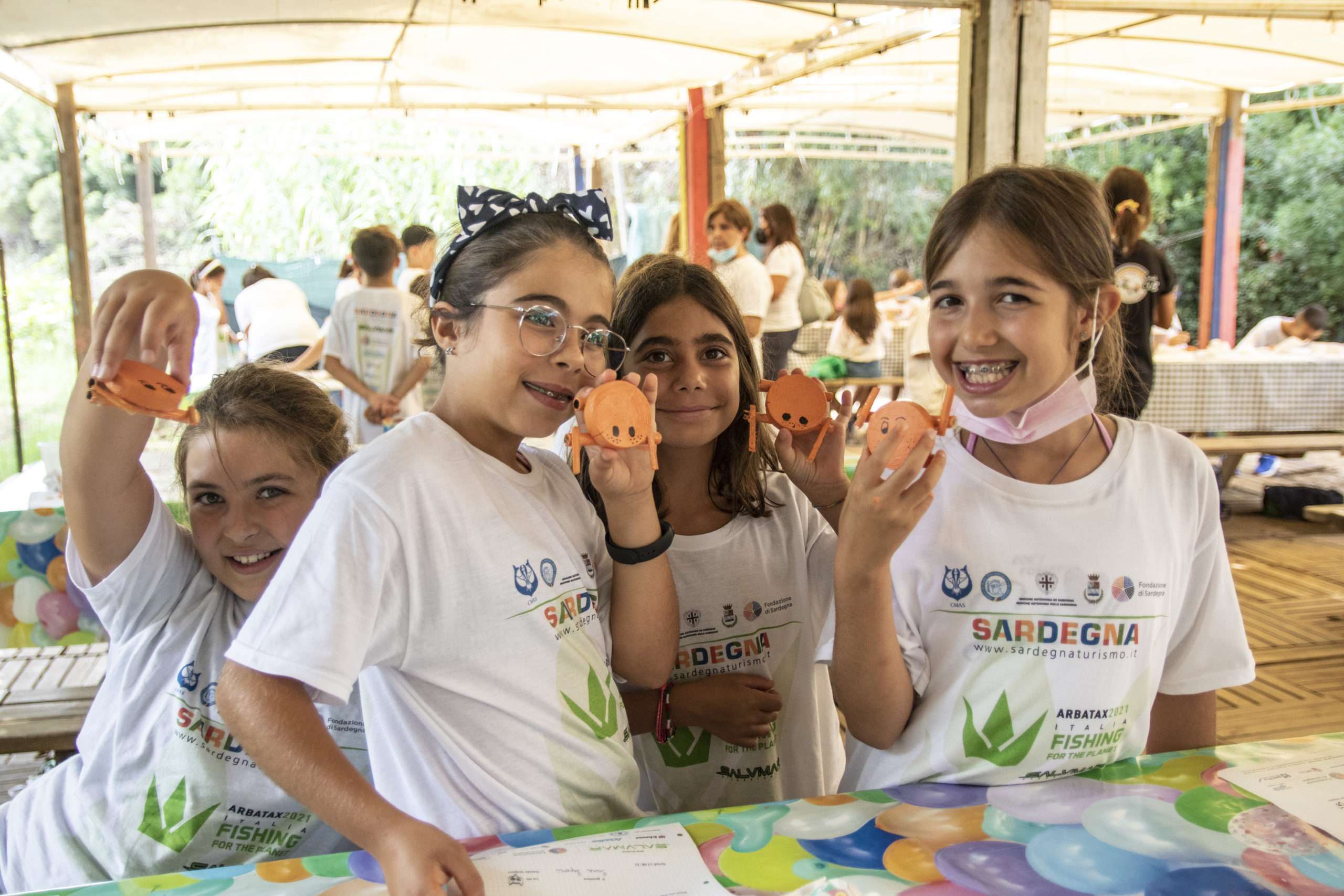 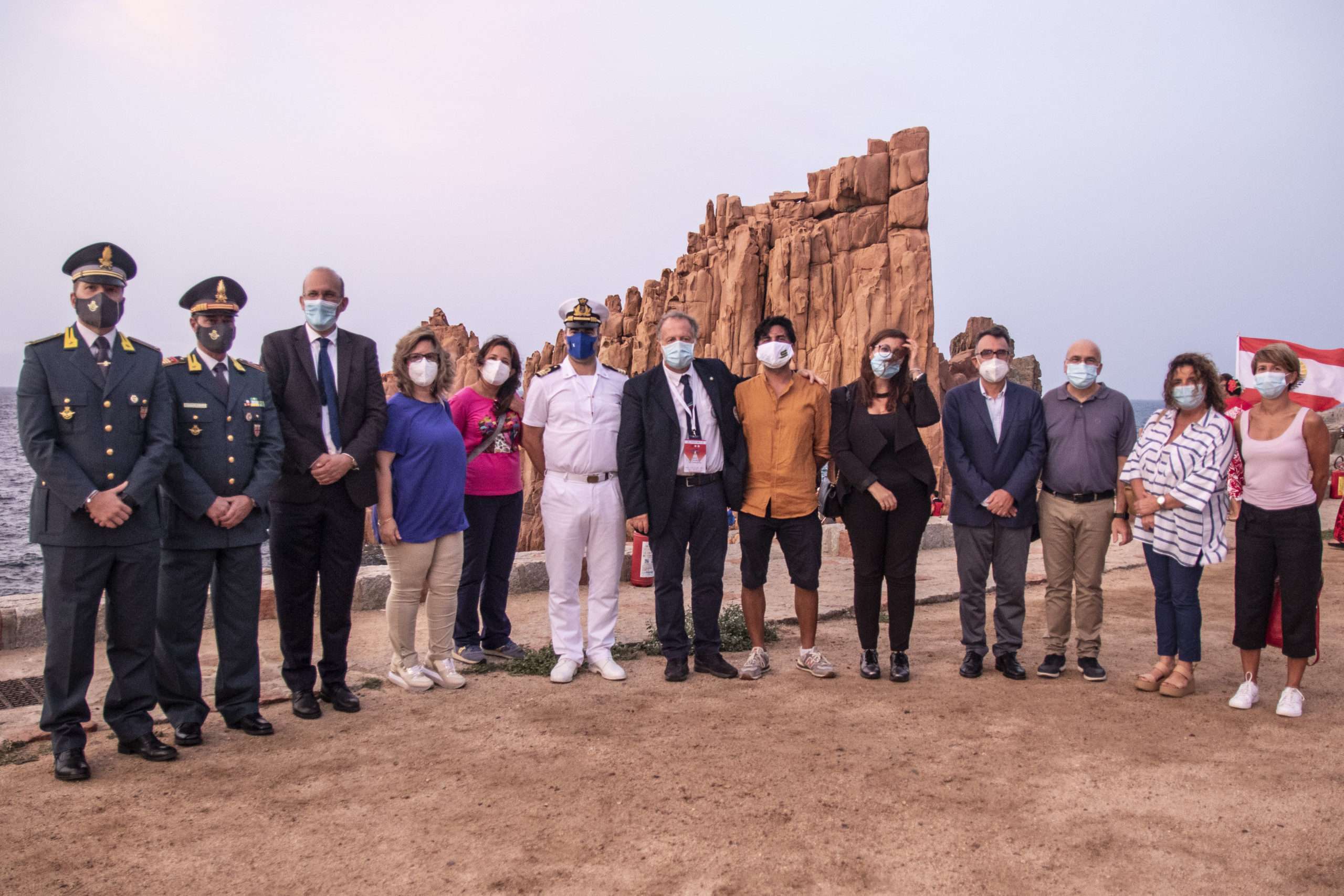 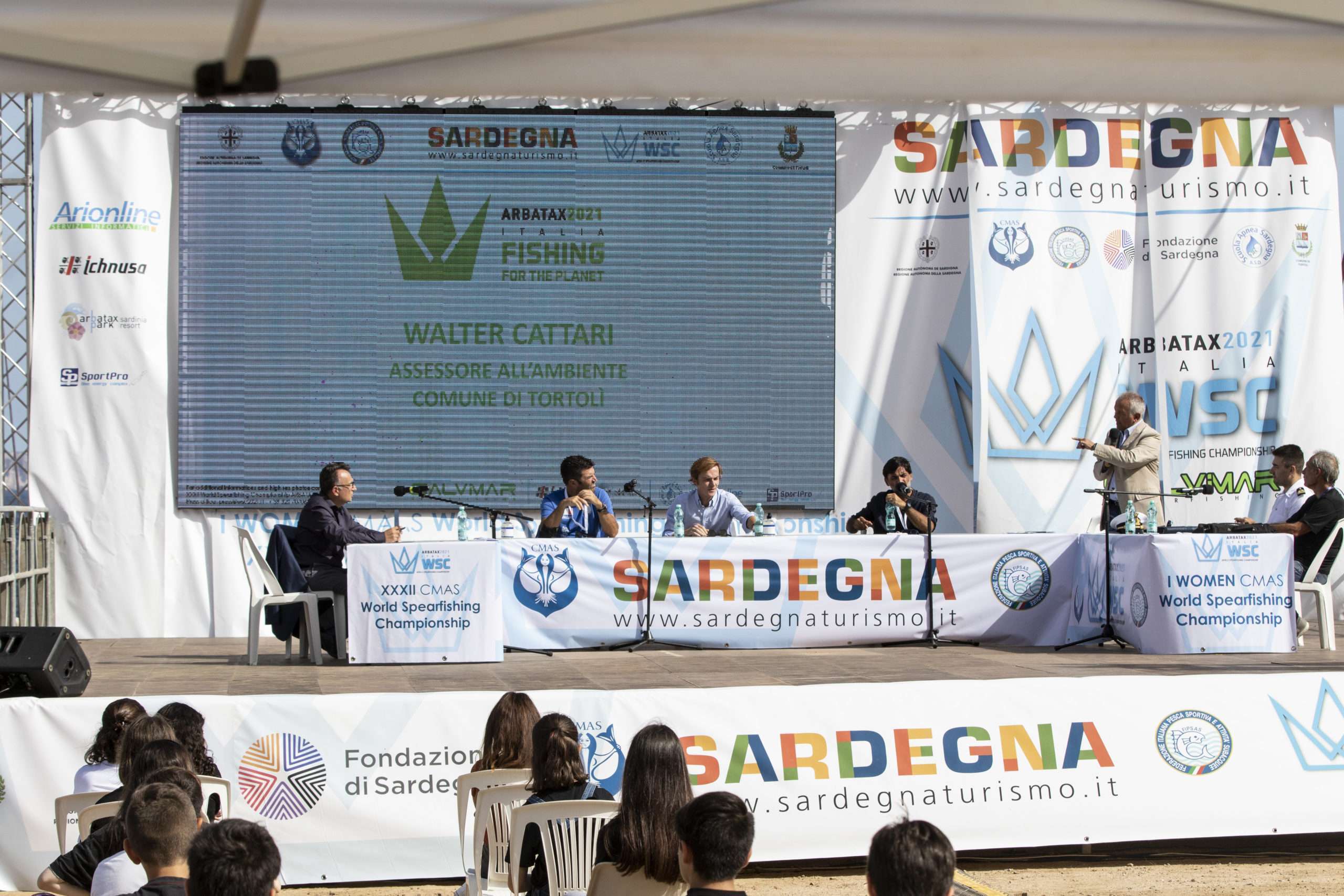