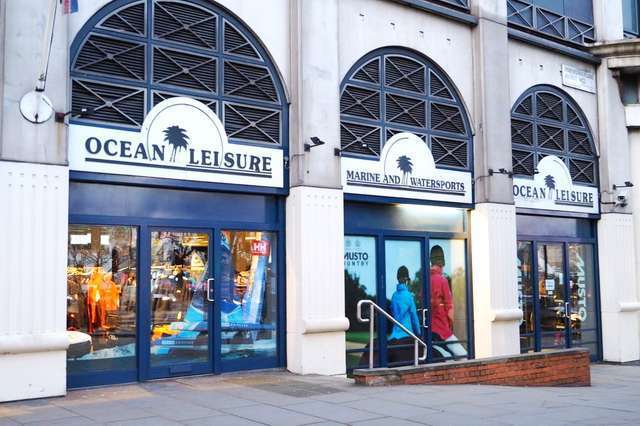 United Kingdom is for sure not the most famous place to go spearfishing, but this sport is growing and the rich sea offers nice preys also in shallow water.

We have spoken about spearfishing in the UK with Panagiotis Makris, responsible of the spearfishing sector at Ocean Leisure, the largest marine and watersports store in London.

Apneapassion: Let us talk about spearfishing and freediving in the UK. Which is the trend?

AP: Which are the areas in the UK where spearfishing and freediving are practiced the most?

PM: For sure, obviously, the coastal areas, where these two sports are well known and where there are a number of groups and organizations that collect passionate divers. I would say that from the island of Portland to West Cornwall these sports are greatly practiced. In fact, even those who do not live immediately by the sea can reach the coast and the nicest spots in short trips by car. It is nice to notice such sports are also international, with people from the rest of Europe either living in the UK or coming specifically for trips in the country to practice spearfishing and freediving. So, finally, I would say Cornwall is the number one spot and the island of Portland the second.

AP: Which species of fish are mostly present in the coast of UK?

PM: Certainly seasons influence the presence and species of fish we can encounter in the sea. I can confirm shallow water fish like seabasses and codfish are well present.

AP: You are Greek, and know well the Mediterranean sea. Which are the main differences compared to, for example, the sea of the coast of Cornwall.

PM: Certainly here in the North of Europe spearfishing is done in more turbid, and of course colder, waters. It is also true though that the sea in the UK has been hunted much less than the Mediteranean Sea, where fish can be found mainly only at deep depths. Here, it is still possible today to encounter quite a lot of big fish in shallow water, and also such fish will be less nervous and scared by the spearo.

AP: In this Winter period which is the equipment mostly used for spearfishing, such as, for example, wetsuits and spearguns?

PM: As for spearguns we mainly use 75 cm long sling guns, as greater lengths cannot really be used in all their potential due to the low visibility. Such length can be compared to the more common 90 cm used on average in the Mediterranean sea. Of course depending on water conditions even 60 cm sling guns are used. We also go up to 100 cm, but this is mainly done for fishing bluefish in the Atlantic Coast. I generally suggest a single band for the 75 cm sling gun, as I prefer simplicity in a speargun, and also because a double band can be much more noisy, and the spearo should be camouflaged both in its image, but also in noise and vibrations. Also pneumatic spearguns are used today, thanks to the technical progress made on such equipment, which is now tougher and more silent.

For what regards wetsuits, we use 5 and 7 mm thickness mainly, even though we know that the quality and cut of the wetsuit is fundamental for thermal insulation. Going up North of UK we use up to 9 mm thickness.

AP: In Ocean Leisure the spearfishing sector has always been present?

PM: Yes, but only recently we are pushing harder on this sector, organizing events and activities, planning Facebook and Youtube groups.

AP: Which are the spearfishing brands that you sell at Ocean Leisure?

PM: Certainly the most historical and famous, Cressi Sub, and also the 100% spearfishing Omer-Sporasub. We have great relationships with them and trust the efficiency and quality of their products.