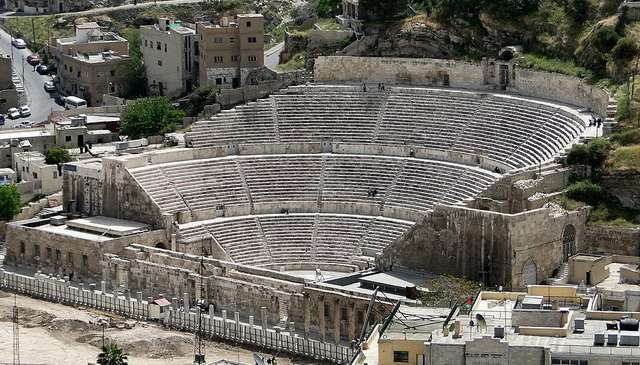 The Apneapassion on Tour by Seac continues and reaches, after the stop in Bari, the very south of Apulia region, Lecce, meeting the Pesca Apnea Lecce Facebook Group, with the possibility to move to the Ionian coast.

Lecce, also called the Florence of the South, due to its richness in Baroque architecture, offers an amazing climate, astonishing sea, best Italian food and monuments full of history and art, among which the churches of b, of San Matteo and of Santa Irene, and also the fabulous Cathedral of Lecce. But a very representative monument is also the Roman Amphitheatre.

Lecce also represents Salento, the extreme South of Apulia, maybe the most fascinating part of a region full of beauty, with a spectacular sea both on the more extended coast, the Adriatic, and on the shorter one, the Ionic, where we have been spearfishing on coralligeno, posidonia and sandy sea floor and a fascinating ship wreck.

First part of the stop as usual at dinner to meet new friends of the Facebook Group Pesca Apnea Lecce, with total members reaching 2230 and the group being of course part of the Network Pesca Apnea Gruppi Gemellati. The administrators: Giovanni Metafuni and Ivan Palumbo. Products from the sponsor of the Tour, Seac Apnea, have been presented such as the sling guns Guun Kama 75 and Guun Kama 30 105, the masks One Kama and the frameless L70, snorkles Jet Kama, rigid, and the new Liquid, soft.

The following morning we left for the much waited-for spearfishing day, together with Giovanni Metafuni and Fabio Corlianò. The nice thing about being in Lecce is that you have the opportunity to choose the coast on which to dive, Adriatic or Ionian, being able to find a sheltered part of the sea when strong winds blow, just as on our spearfishing day. So, certainly, Lecce and sorroundings are a fantastic area for turism, but also excellent for spearfishing!

With the dinghy we have started from Torre Pali, with a rough sea and long big waves, and have headed South parallel to the coast, to a spot that will also be the most fascinating one, the wreck Tevkin Kaptan, drauned the night of the 28th June 2007. The mast of the wreck goes up to almost – 10 meters, while the bridge is at – 18 and the sea floor, on which the wreck lays, is around – 20 meters on sand and coralligeno. The scenary is spectacular already watching from the surface, with the mast surrounded by damselfish. Suddenly the small fish sprint on one side and then come back close to the mast, and then again they sprint away. It’s the bonitos hunting! They just pass by in straight lines and incredible speed and are quite impossible to hit, but emotions are at top levels. We finally end up “only” with a nice barracuda caught by Giovanni.

After the wreck we have moved back North, on an interesting shoal around – 5/8 meters, with sea floor of smooth white rock and sand, populated by breams, which were though very nervous and the turbid water has not helped. Finally, the last stop has been on an interesting sea floor of rocks and posidonia around 18 meters. Nice, but this day no fish seemed to arrive with the aspetto technique.

Spearfishing spots on the Ionic coast

The sea floor on the Ionic side is made of low rocks and posidonia, and after Torre San Giovannithe rocks rise constantly down to Leuca, strip of conjunction between two seas, Adriatic and Ionian. The most interesting spots on the Ionian side are the following.

Landslide of granitic rock, rich of gilthead seabreams and seabreams in shallow water, that goes down to a seafloor of sand and posidonia at – 22 meters, and going down also to – 30 meters. In the deepest points aspetto is the right technique and amberjacks and blufish can be caught.

Granitic rocks seafloor at 10/12 meters, rich of gilthead seabreams and amberjacks, while groupers are today usually of too small dimensions, even though they are numerous. In Summer often you can encounter Tunas.

Filled with trolling fisherman, it is a fantastic spot when it is not the period for trolling. The sea floor is grotto, with cracks and openings together with posidonia. It is possible to catch nice snappers of 3 – 4 Kg.

The area Torre Pali, from where we have started with the dinghy, is made of an edge that starts from 5 meters of depth going down to 15, connecting finally to the secche of Leuca. The extension is parallel to the coast. The first part is with granitic rock and then it continues to grotto of medium low depth with strips of sand and coralligeno (coral). Here the variety of species is amazing: big seabreams, seabasses, snappers and pelagic fish at deeper depths. At Felloniche one can encounter leerfish, snappers, seabreams, gilthead seabreams and mullets. Towards Leuca the sea will be often tough and it will be the kingdom of amberjacks, tunas, bonitos and barracuda. West of Torre Pali we will find the Secche of Ugento, with sea floor of low grotto rich with seabreams, capable of perfectly hiding in unreachable cuts. It is spearfishing in the lair for very expert and patient spearos.

Even though we have been fishing in the Ionic coast, it is extremely interesting to take a look at the Adriatic coast as well.

It is exactly the point where the lighthouse is positioned, with strong currents that make it the ideal spot for pelagic fish, among which amberjacks, tunas and leerfish. Sea floor is though very deep down to 30 – 40 meters, where, for those who are able to spearfish at such depths, it is possible to hunt great groupers and snappers.

Just South of Porto Badisco, La Fraula has a sea floor of rocks that goes down to a layer of sand at – 30 meters. At such depth there is a lot of fish, among which big brown groupers.