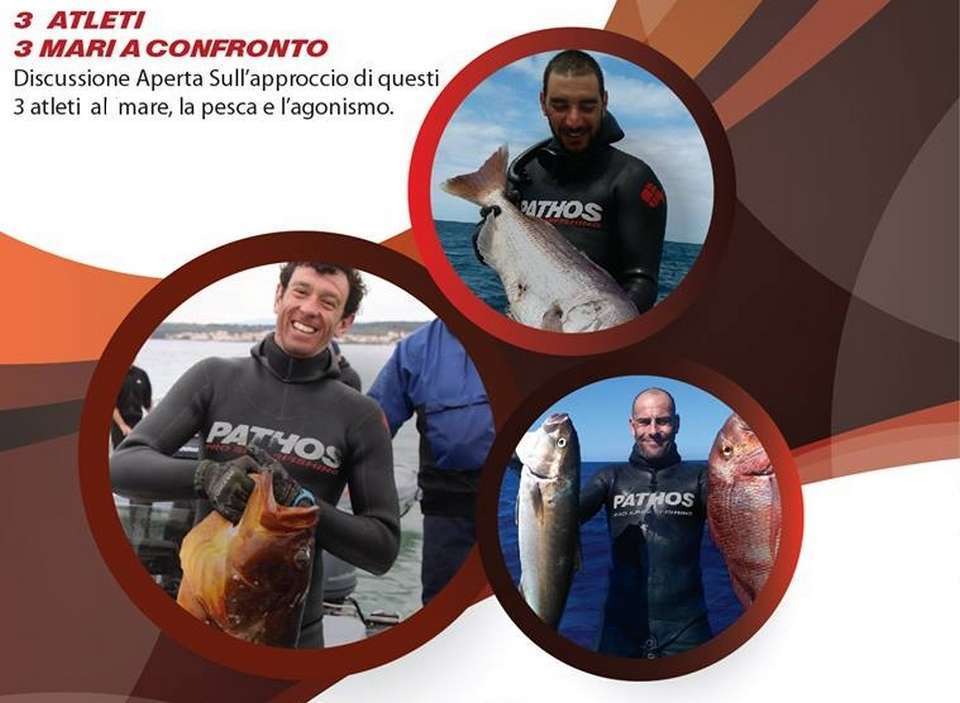 For the first time present at the most important Italian and International show, Eudi, in Bologna, from the 2nd to the 4th of March, Pathos, the dynamic Greek company specialized in the design and manufacturing of spearfishing and freediving equipment, has organized two interesting conferences, that will put the public in contact with the Champions of Pathos Team.

Three great Champions will be present. Samuel Tomas, Spanish Champion, winner with Team Spain of World and European title, and on the individual podium at the Euro-African Championship and Spanish Championships, both in Cadiz, Spain, and also awarded with various other international trophies, among which the World Cup of Palma.

Andrè Domingues, 6 times Portuguese spearfishing Champion, and winner of many other international trophies, among which the Atlantic Ocean Spearo.

The conference treat themes like the approach of the Champions in spearfishing and in competitions, and also the different techniques between the 3.

A thought between Giacomo De Mola and  Alessandro Talo, freediver, “trip adventure spearo” and Pathos ambassador, will be done on the approach to spearfishing that comes from experience of deep freediving. Stories will be told and discussions on safety will also be brought forward.

The best shafts on the market