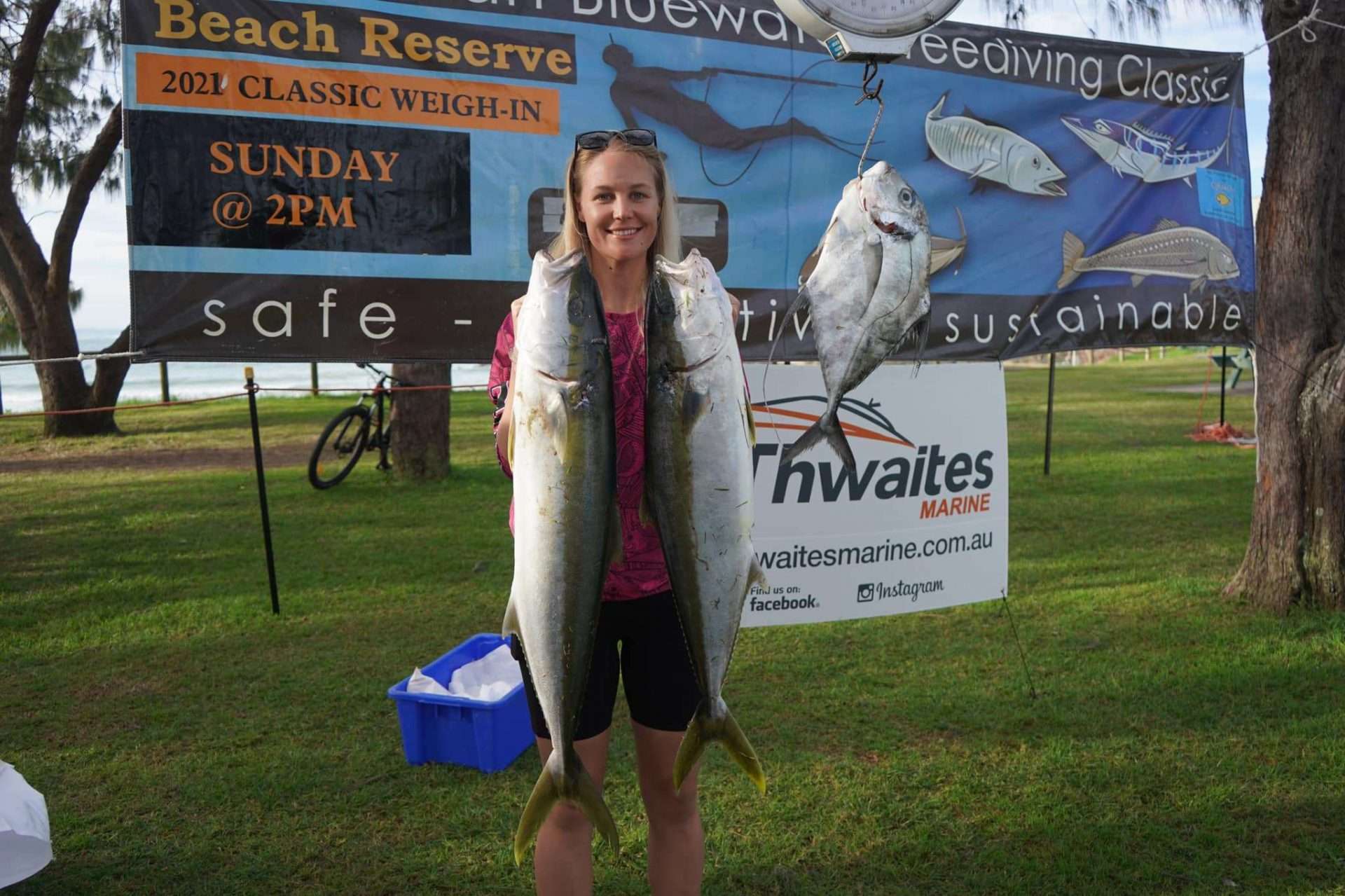 Midway on the east coast of Australia, lying about halfway between Brisbane and Sydney, lies the small town of Woolgoolga, the home of the ‘Classic’. Back in 1995, with the help of a few mates, we formed the local Coffs Harbour Bluewater Freedivers Club. A year later, I formatted and organised Australia’s first pelagic only (ocean roaming species) competition based on the USA’s west coast annual Catalina Bluewater Meet. With the aim of raising money for Aussie Teams to attend international competitions, attendance for the 1995 premier event saw 75 divers arrive from around the world, including USA’s Terry Maas, Don Evers and Gerald Lim, New Caledonia’s national Team, and New Zealand’s national Team. In the following few years, individual competitors and National Teams from countries like France, South Africa, Italy, Spain, England, Brazil, Japan, Indonesia, Moldova, and even Switzerland attended. World Champions like Pepe Vina, and J.B. Esclapez provided a massive attraction to Aussies who had never met, or were likely to meet, such legends of our sport. Sponsors like Esclapez, Picasso, and many Aussie companies contributed over AUS$15,000 in prizes, which was unbelievable for that time, give that the current Aussie Champion won a wooden bowl for his efforts he informed me at the time.

Fast forward to 2021, and the running of this year’s event has been threatened with record rainfalls for this summer, and the threat of COVID 19 shutting it down, after 2020 was cancelled for that reason. Great fish have been speared in the weeks leading up the March 19-21 event, by locals and early visitors, including Spanish Mackerel, Yellow Tail Kingfish, Cobia, Wahoo, Bonito, Tailor, and many Trevally species also. When conditions are favourable, and water temperatures hover around 23-26 Celsius, they arrive in great numbers for our Summer pleasure and pursuit. Sailfish and Marlin have also been landed in the competition in previous years, but only the blessed have seen and landed them. Only two species have been added that are not pelagic; Mulloway that grow to 40+ Kgs, and Red Snapper. Both species can be found in shallow waters, and are extremely desirable to eat. Visibility ranges from 5-10 metres on the coast, to 30+ meters at the outer Solitary Islands Group, some 12 Kms off the coastline. These dates were cancelled due to big seas, and new dates were 9-10 May. Thankfully the time arrives and the weather is more favourable for such an event this time. An early start Saturday morning saw divers launch their boats from various boat ramps in the area, promising to not enter the water before 0730 hrs. The boats, mainly fibreglass from 4.2 up to 6 meters in length are used in Australia, and generally as fast as possibly powered, with most spearos having a ‘need for speed’ to arrive at popular sites first to get the best fish. That seems to be a universal desire and attribute – plenty of ‘horses’ pushing the boat along. Conditions are windy later in the day. However, many great fish have been weighed in. Sunday saw conditions go downhill and fewer fish returned to the scales. A result obtained by Ashleigh Schulter must be underlined, as runner up on the first day, an amazing success and best result even by a female spearo. 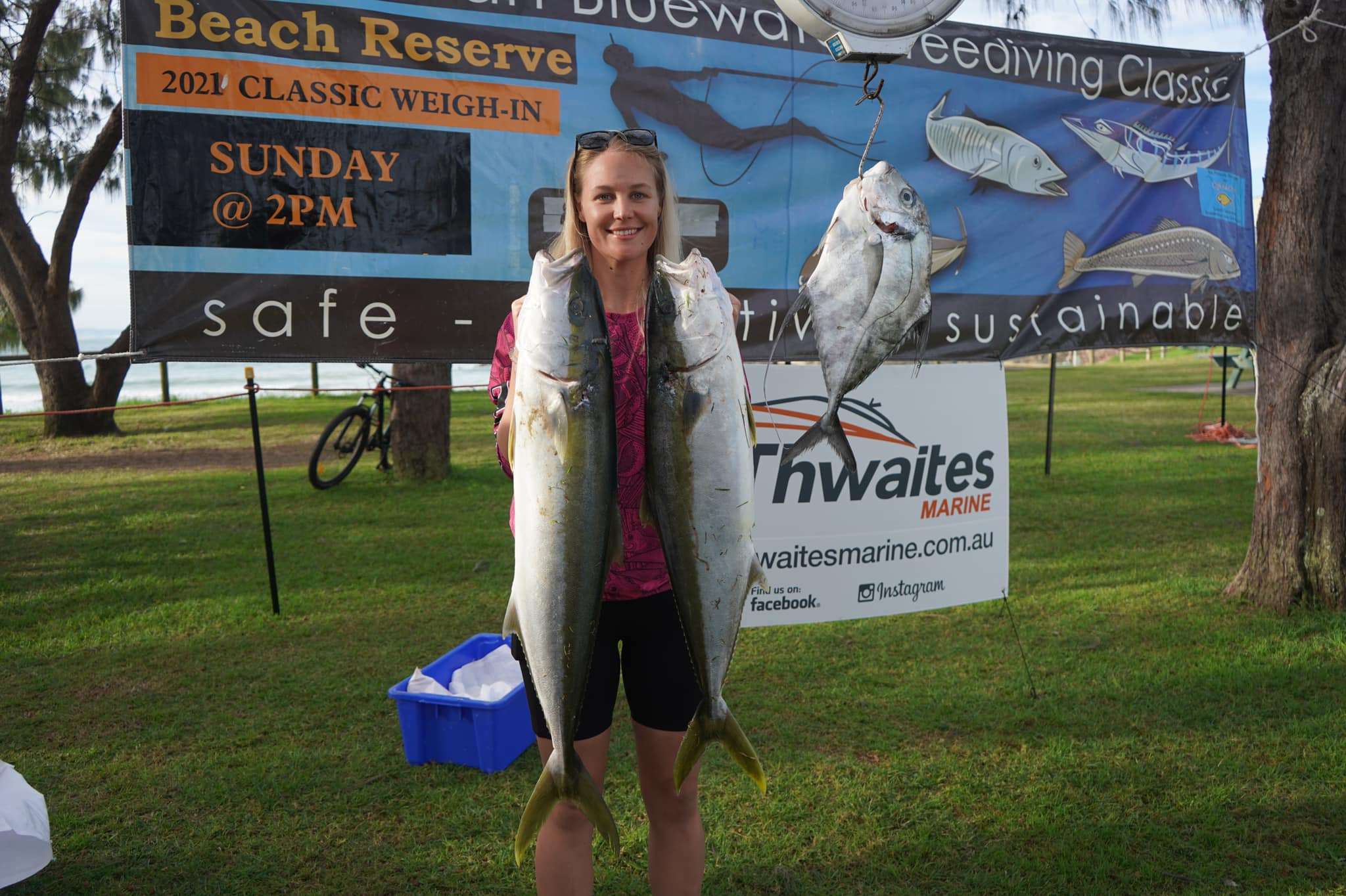 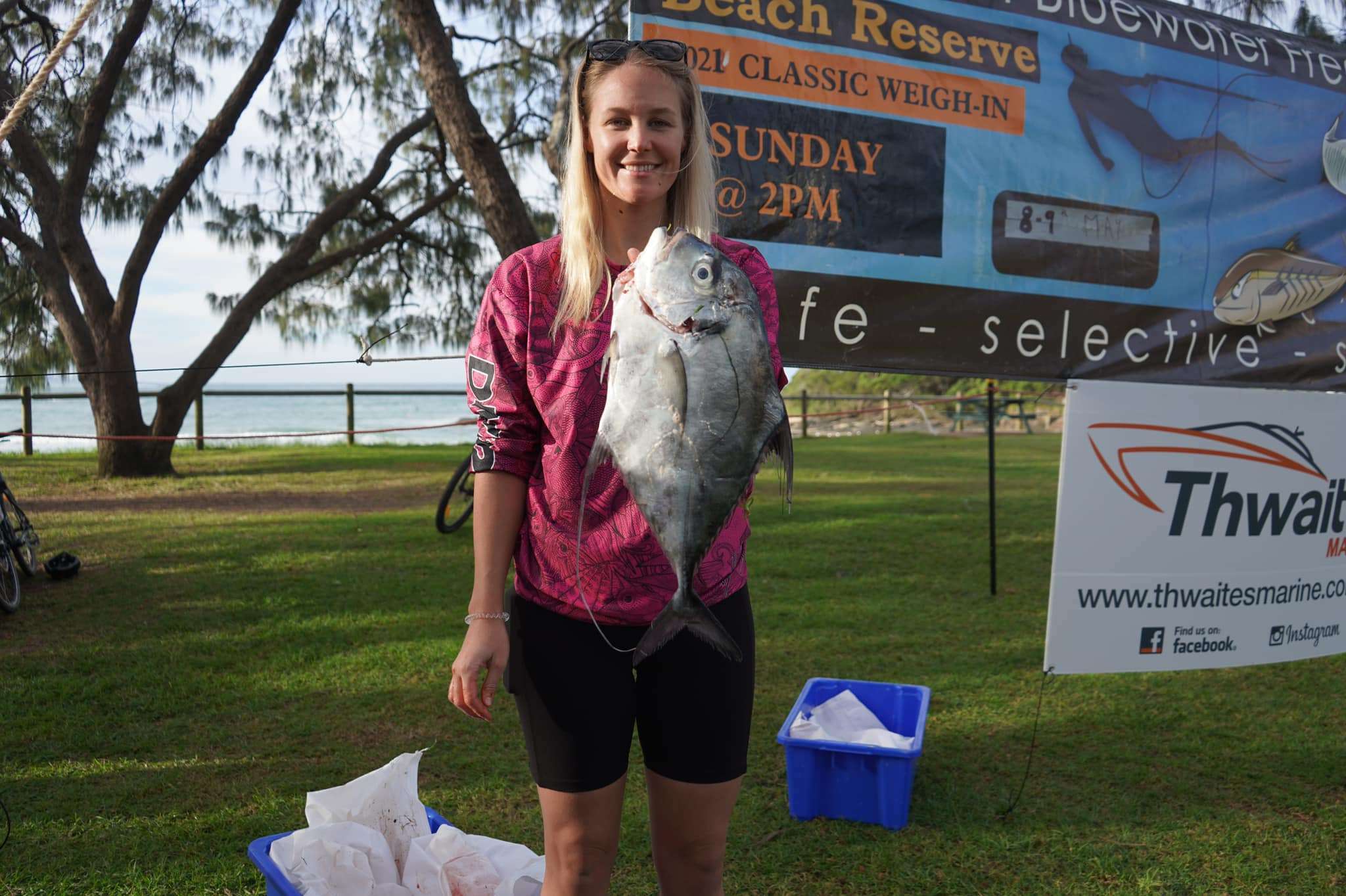 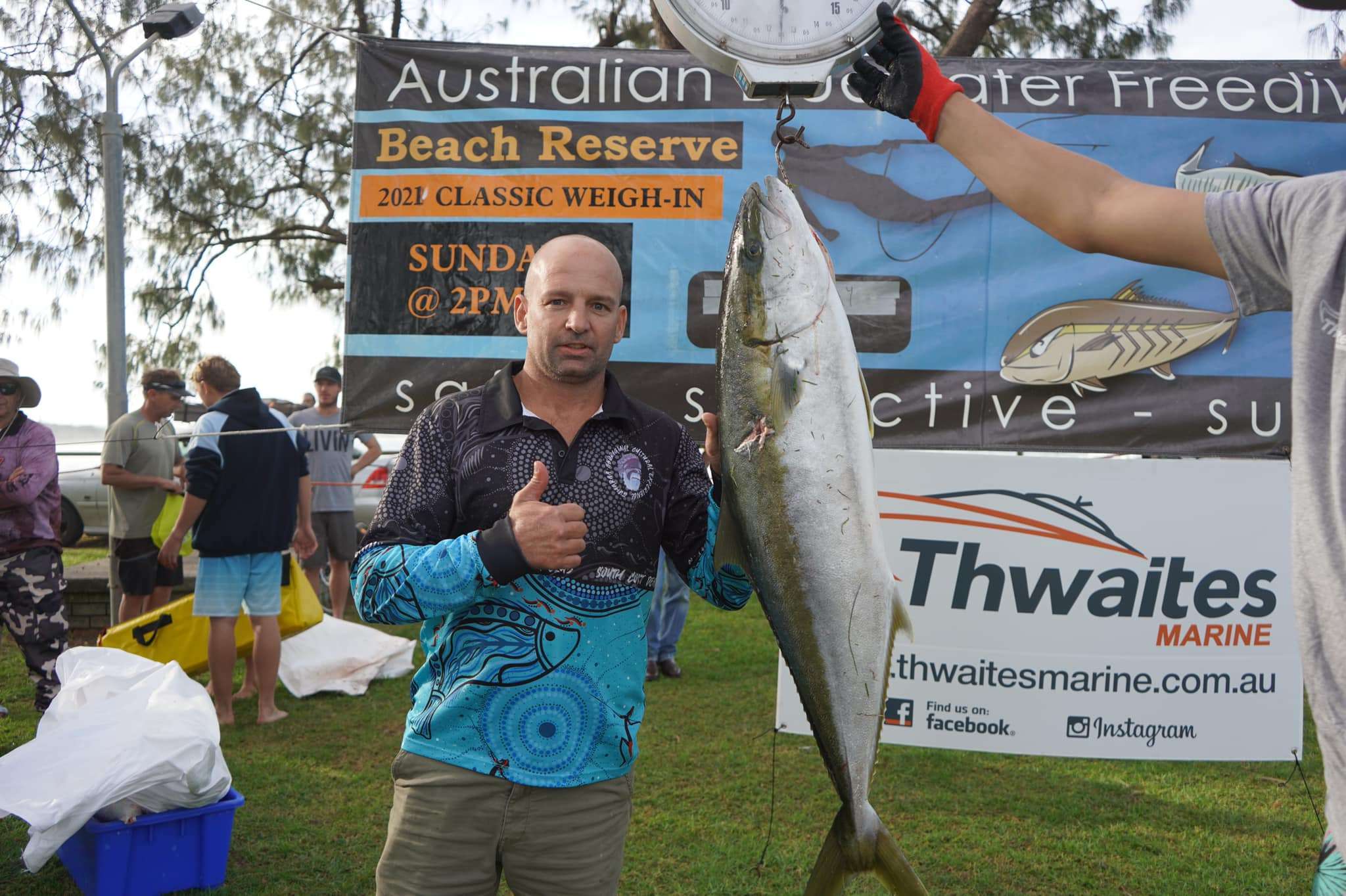 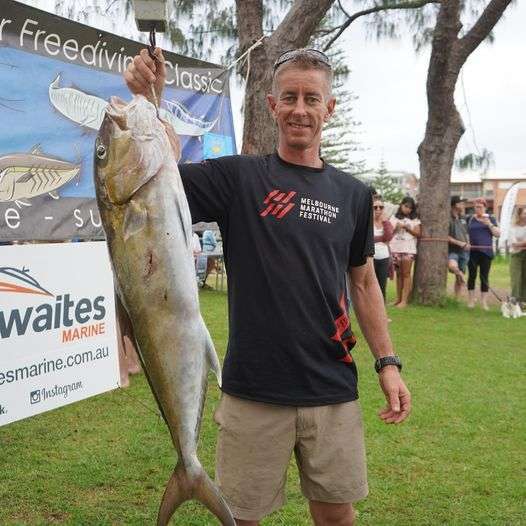 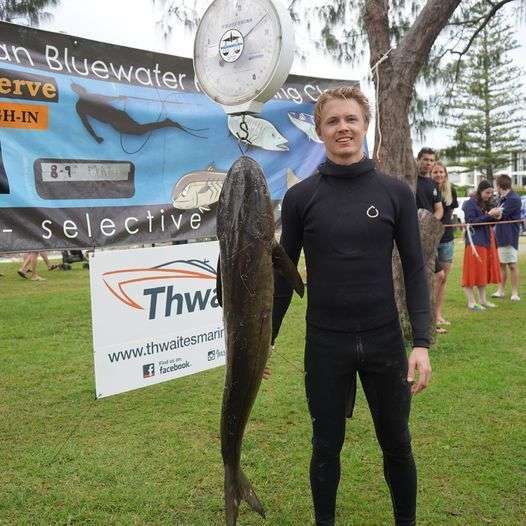 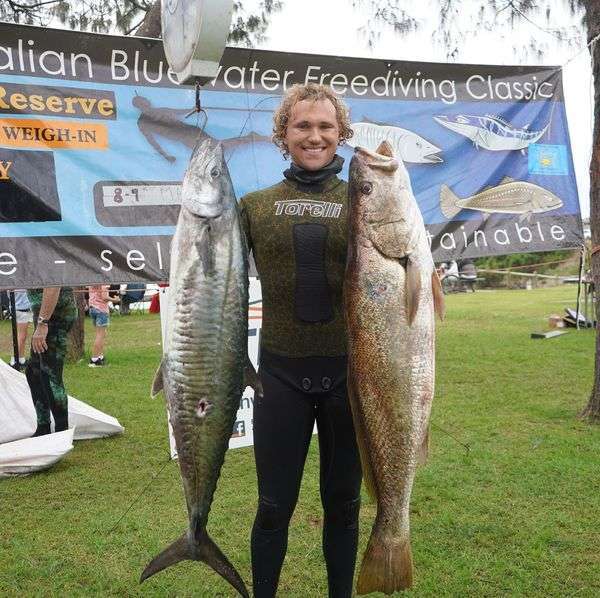