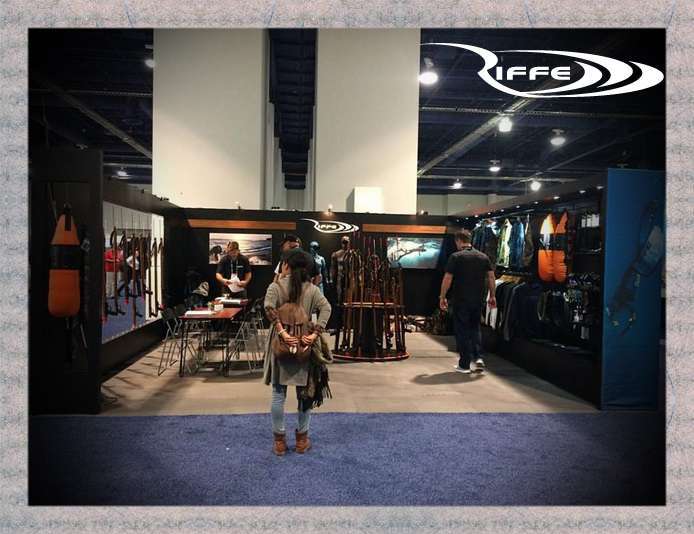 At the Dema Show 2016 Riffe International, one of the most important American spearfishing companies, specialized mainly in design and manufacture of wooden and steel spearguns, was once again present.

Riffe International was founded by Jay Riffe, already at the age of 10 spearo of the coast of South California, and at the age of 22 Pacific Coast Champion of the United States. Jay put together his professional machine tool engineering with his passion for spearfishing to create spearguns that were silent, powerful, accurate and highly maneuverable.

At the Dema Show the big news has been the New Euro Modular speargun, which has the same characteristics of the Euro, but can be dismantled with an innovative solution, also compared to the previous travel speargun, called Riffe Euro Traveller. If, in fact, the Euro Traveller could be dismantled into two sections to ease transportation during travel, today the Euro Modular permits to have a unique back section of 30 inches, that is the same for all lengths, but in addition has front sections which vary in lengths, permitting to have different lengths with only one base of the gun.

The connection between back and front end is insured by two stainless steel hardened corrosion resistant shafts of 8 mm diameter. The final tightening of the connection is obtained through a steel plate with two screws. All tools for mounting and dismantling are included with the speargun. All the system seems to be extremely rigid, resistant and refined, even though it is reasonable to think that the Modular solution might loose just a minor part of rigidity compared to the traditional one piece Euro speargun.

Evidently, to obtain a speargun that can be dismantled totally, also the shaft, the longest component of all, must be separated in two halves. The mounting of the two parts into one is obtained through a threaded system. The shaft will be different in diameter compared to the Euro shaft, which is 7.1 mm, and equal to 7.5 mm to obtain a stronger connection between the two halves.

At the Dema Show Riffe has also presented for the first time the Woman cut wetsuit, which has the traditional “Pixel” camouflage design, Yamamoto neoprene and Nylon liner.

We like to conclude this article with the great words by Jay Riffe, an important message about the need for respect of the Sea and its inhabitants, also and in the first place by spearos.

“All divers should protect the waters they swim and hunt in, ensuring future divers the experience and excitement of freediving that I’ve had over the past sixty-eight years.

Selective divers set their sites on those few prize fish for consumption. Be selective, fish for the future.

I strive to produce only the best spearfishing & diving equipment capable of handling any condition.”