This weekend the first two competitions of the British Spearfishing Nationals are taking place on the Saturday and Sunday respectively. They are both shore competitions, where competitors are required to either walk, run or swim to their locations from the start point. The competitions last 6 hours each, and a points system is run to determine the winner.

Each fish species has a minimum length they must exceed, and a maximum of 10 fish per species is permitted per diver. Some species the divers are only allowed 1 or 2 each, such as sea bass. Sea bass must be over 42 cm in length and will be awarded 3000 points regardless of the weight. All other fish are awarded 1 point per gram, and then an additional 1000 points is awarded per different species. Some fish are worth 0.5 points per species per gram and others are awarded 1.5 points per species per gram due to the challenge of shooting smaller faster fish. The most common fish that will be landed include bass, mullet, pollack, plaice and flounder. 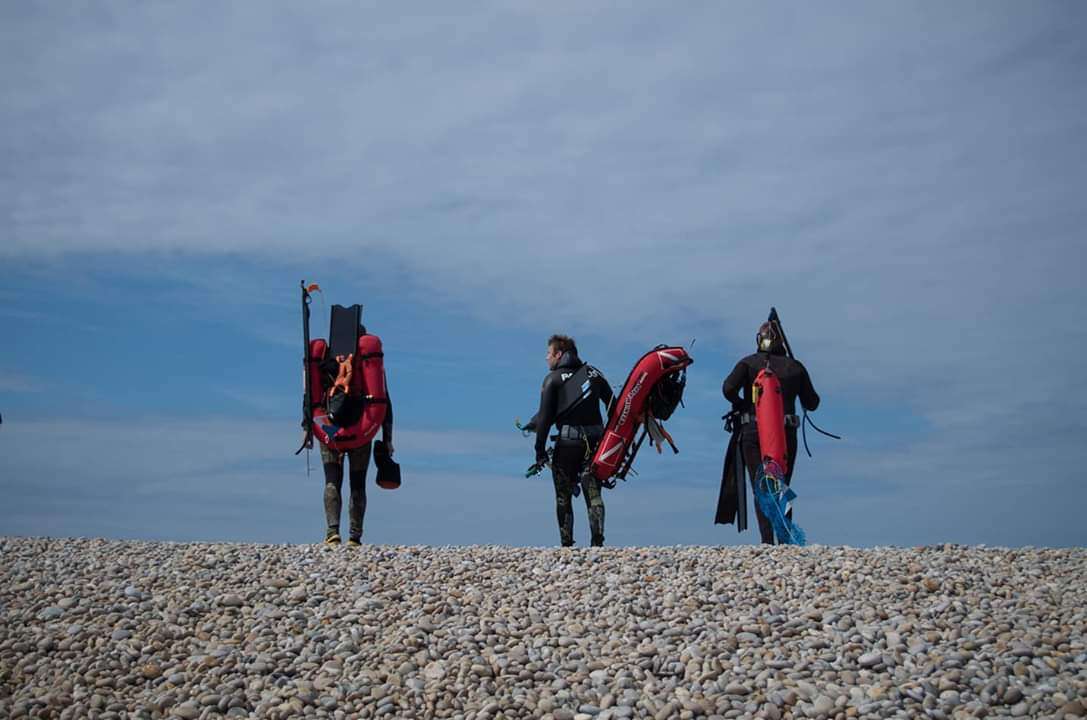 The divers can not dive within 25 m of each other and if they assist with the landing of a fish they are entitled to 50% of the points for it. They must exit the water and carry their gun, fish and float with them, anything else they can leave or someone else can assist them with. Anyone who is up to 10 minutes late to sign back in, will be deducted 50% of their total points and anyone who signs in after 10 minutes will be disqualified.

We do not require anyone to register prior to the events, only that they are members of the British Spearfishing Association before the event to cover them for insurance purposes. We are currently expanding with over 170 members now and expect a turnout of around 30 divers for the competitions.