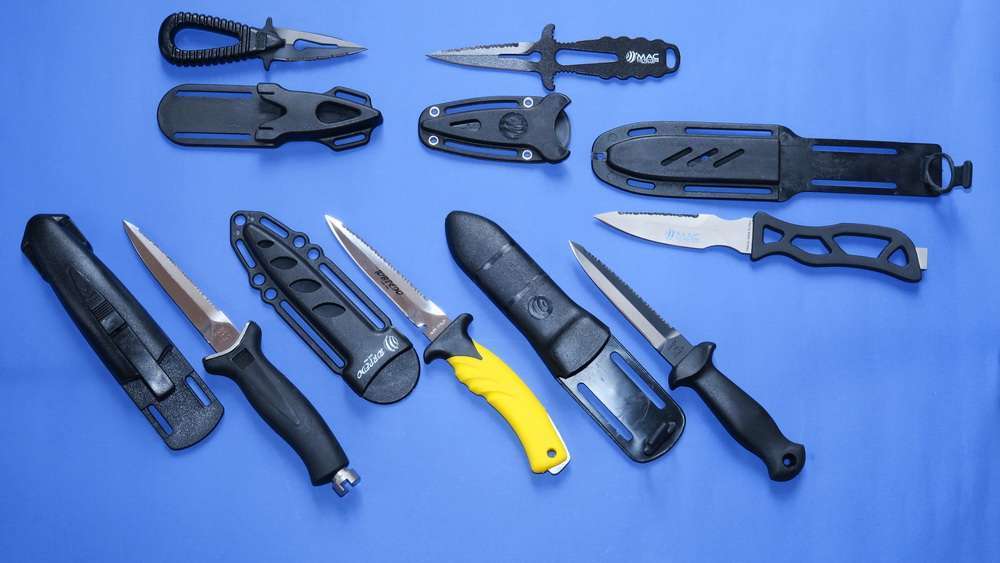 With a self explanatory name, Mac Coltellerie designs and manufactures 100% knives and cutting tools.

Scuba diving, boating, fishing, rescue, outdoor, military, work and gardening, these are the numerous fields where Mac Coltellerie is engaged in the manufacturing of its products. The origins of the Company of Maniago, Pordenone, North East of Italy, go back to the ’20s, when the 14 years old Giovanni Di Bon starts working in the knives sector. It will be in 1936 that, together with other partners, the first small company for the production of knives for third parties will be created. In 1958 the son of Giovanni, Roberto, will enter in the Company. But it is in 1964 that Mac Coltellerie is born, focused on the production of small promotional knives and souvenirs.

In 1978 the first knives for diving and hunting are produced. In 2003 the son of Roberto, Matteo, enters the Company. Thanks to a full advanced machinery setup, Mac Coltellerie fully designs and manufactures internally all the parts of the knives, from the molds of the handles and the case, to the cut of the metal parts, such as the blades. This confirms a strong point of Mac Coltellerie: product 100% Made in Italy.

Among an extremely wide product line, AP has decided to analyze a selection of knives for spearfishing, some of which extremely interesting.

All products are manufactured using W1.4116 steel, meaning a steel with a sufficient quantity of carbon. It is true, in fact, that the blades of the knives for spearfishing need to have two main characteristics: hardness, meaning the blade is able to effectively cut, and stainless quality. These two aspects are though in contrast one with the other, as in general the hardness of steel is given by the percentage of carbon, element that does not like water and has no stainless qualities. Elements such as Crome, Molybdenum and Vanadium, on the other hand, determine excellent stainless qualities, but weaken the steel. As Matteo Di Bon, today owner of Mac Coltellerie, likes to point out: “a knife that does not rust at all, also does not cut properly”.

The Microsub Race is the smallest of the product line, but it is also a real jewel, complete with every detail. The “Race” version has a black Teflon (PTFE) covered blade, which protects the steel and also gives a more aggressive look to the knife. This knife has total length of 14.5 cm and a 6 cm long blade. The metal part continues until half of the grip, made of ABS plastic, making the structure more robust.

The blade is complete with a smooth and a milled side, the latter used to cut lines or flake fishes, while the pointed tip is used to carve the fish. Very interesting and useful is the system to loosen blocked shaft and to straighten them, the latter possible, but somehow limited by the dimensions of the knife. The case is compact, well manufactured, with the passages for classic rubber belts for the positioning on the leg or arm, but also a wider passage for the positioning of the knife on the weights belt. The blocking system of the knife in the case works with simple pressure, and is very effective and practical.

Dimensions grow considerably with the Torpedo, for total length of 23 cm and blade length of 11.5 cm. The knife is more traditional compared to the Microsub, with a curved ergonomic handle, covered with soft thermo-rubber for greater comfort and grip. The blade goes all the way through the handle exiting at its end. This solution gives greater balance to the knife and also offers a metallic part with which one can generate sound recalls hitting on the rocks.

On this knife the shaft unblocking and straightening system is missing. The case is light with a very simple blocking system for the knife, which is though not completely held still and can generate some fastidious noise during spearfishing.

Suggested price of the Torpedo to public is 25€ VAT included.

Extremely nice is the Apnea 9BE, a single piece steel knife, completely covered with black teflon (PTFE) , with a rough surface to improve grip. The blade is 7 cm long, while total length is 18 cm. The knife is complete with shaft unblocking and straightening system. The blade has a smooth and a rough side. The case is compact and light, and blocks well and in a simple way the knife, even if it shows some areas of wear of the fixing wings after a few insertions and taking out of the knife. Mac Coltellerie underlines that it is more a question of visual wear, more than a structure/functional issue. The handle is well designed, but has a flat section and is so slightly less comfortable than traditional solutions also covered with rubber.

The suggested price of the Apnea 9BE for the public is 25€ VAT included.

The Sub 11 D2 is the most famous knife from Mac Coltellerie, taken as reference and copied by many, and for such reason the Company suggests to verify at least the “Made in Italy” writing to have some confirmation of the originality of the product. Simple in all its parts, the blade has a smooth and a rough side, but has no shaft unblocking and straightening system. The case is simple with traditional knife blocking system made of a rubber ring. Mac Coltellerie, discussing with AP, has decided to add an additional spare ring with the knife. The handle is in polypropylene covered with rubber, giving the handle both rigidity and high grip.

The greatest dimensions knife of the lot analysed is the Aquatys 11, which has a total length of 24 cm and a blade length of 11.5 cm. The cutting part is smooth on one side and toothed on the other, but the knife has no shaft straightening system. Still, there is a shaft unblocking system at the end of the handle, system that we will need to test to verify efficiency. This solution also works as producer of sound recalls by hitting the metal part on the rocks.

The case, important in dimensions, has a particular knife blocking system, easy to use and with an additional security system that avoids any occasional loosening and loosing of the knife. Weak part is the fact that the knife is not completely blocked inside the case, with possible vibrations and noise emissions during the spearfishing action. The Aquatys 11 has no possibility to be positioned on the weights belt, as it would anyway be uncomfortable because of its great dimensions. The handle is made of two component rubber, soft on the surface for better grip.

Suggested price to public of the Aquatys 11 is 41 € VAT included.

At the end of our list of knives we have a particular porduct, made with a Titanium blade, the Mako Titanio. Such solution determines a totally rust resistant blade, meaning no maintenance has to be applied to the knife. So we will be able to leave the Mako Titanio in our wet spearfishing bag, and find it with no rust even after months. Still, Titanium is very expensive and its hardness is lower than the one of the steel used in the other knives by Mac Coltellerie, meaning it will also have a lower capacity to cut. A low profile characterizes the Mako, which has a plastic covered handle. Total length is equal to 23 cm, while the blade is 11 cm long, with a smooth and a toothed side. The case itself is also very thin, and has passages both for the rubber bends and also for the positioning on the weights belt. We do not like the blocking system made with the rubber ring, as it is not an advanced solution, and mostly because it does not fit well over the knife handle. Mac Coltellerie it working on a new case more adapt to such a high quality and price product.

Suggested retail price to public is 117 € VAT included. Such a high price is determined by the cost of the Titanium.