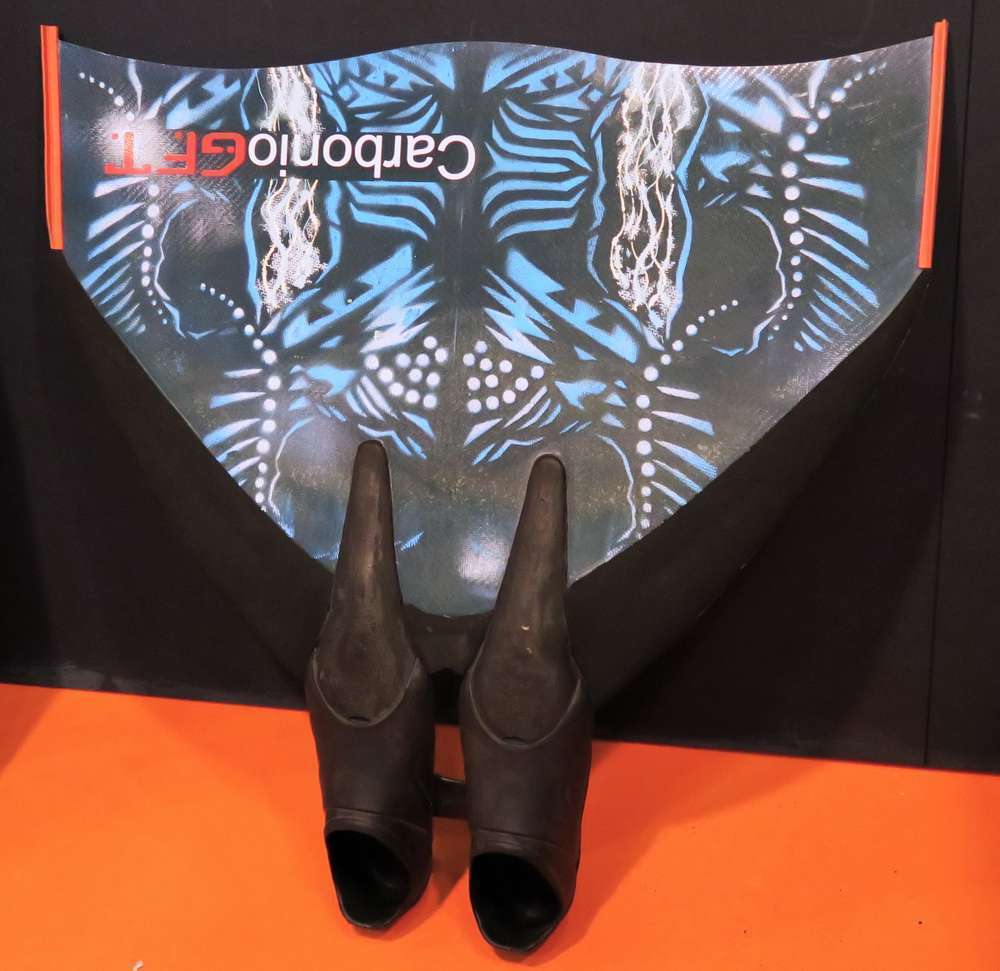 An important novelty at the Italian Medi Show in Rome, last October, has been brought by GFT: the first monofin made by the Italian company from Puglia region.

The new product in a few words? Glass fiber Prepreg (as in GFT philosophy) blade, with differentiated thickness, and angle footpocket-blade given directly by the blade itself, instead of by the rubber footpocket, which is a common solution for monofins.

Going deeper into details, the blade has a 30° angle that permits, compared to the rubber footpocket, more reactivity and precision in the angle. The differentiated thickness of the glass fiber, manufactured with an X laying, in the same way as for the newly born Alpha double fins, permits an optimal curve of the blade, which gives high propulsion. Moreover, the blade is additionally thinned in the lateral areas of the terminal edge, so to have these two parts softer and capable of adapting better to the finning movement.

The blade is stuck to the footpocket with open cell neoprene, ruogh on the surface. The footpocket itself is made of differentiated layers of rubber, so that zones which need to transmit force and movement can be more rigid, while the rest are softer for better comfort.