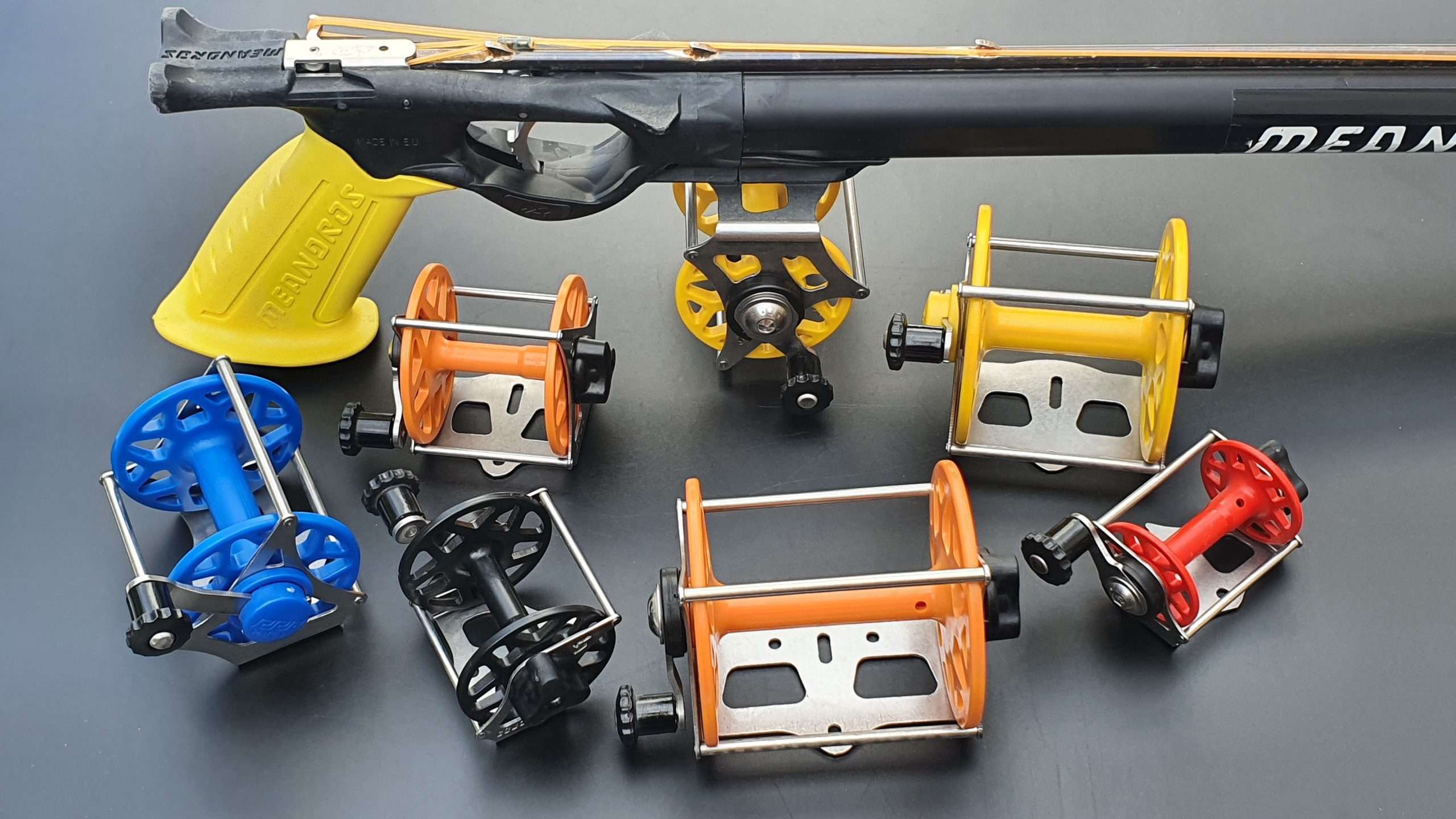 At a first glance, Meandros reels line looks beautiful and well made, matching colors also of both the standard and anatomical grips, but this is nothing compared to the amazing and unique qualities and technical solutions behind these innovative reels. Meandros once again astonishes us with its small big revolutions and care for details. The reels line is made of metal and composite drums reels, let’s take a look a the latter, definitely, the most interesting ones, offered in the versions Standard Plus, Fire Plus and Albatros Plus. 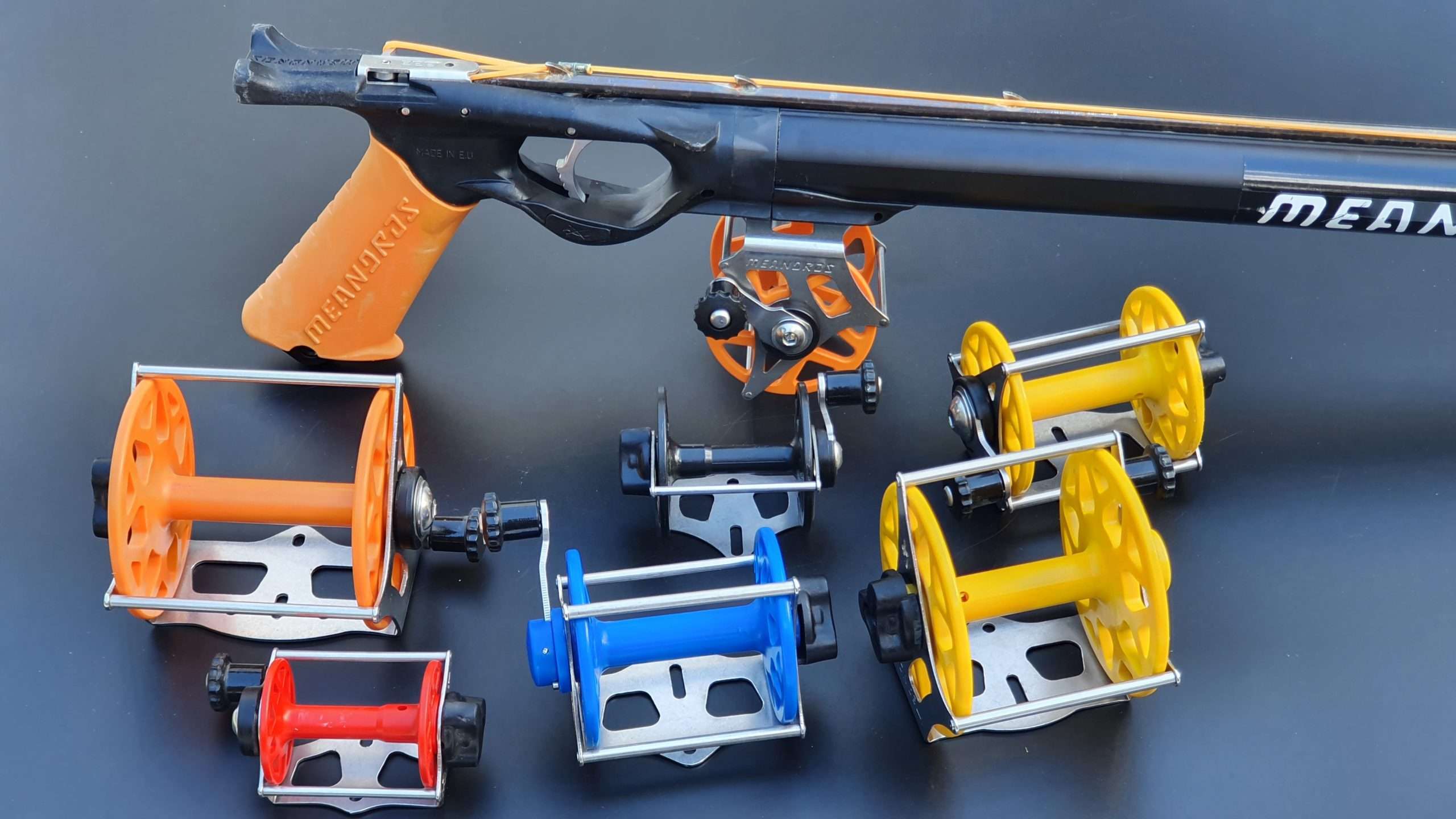 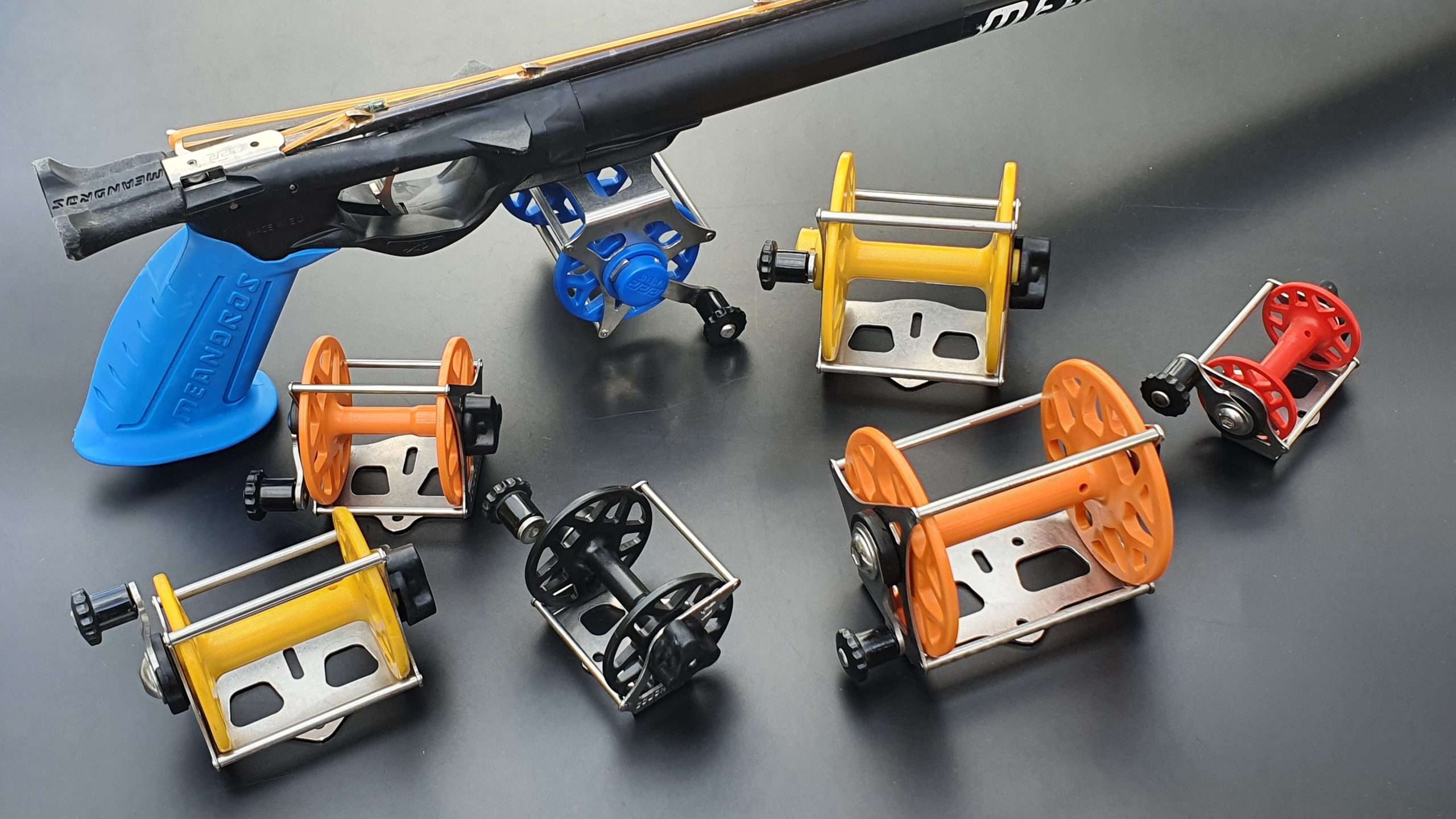 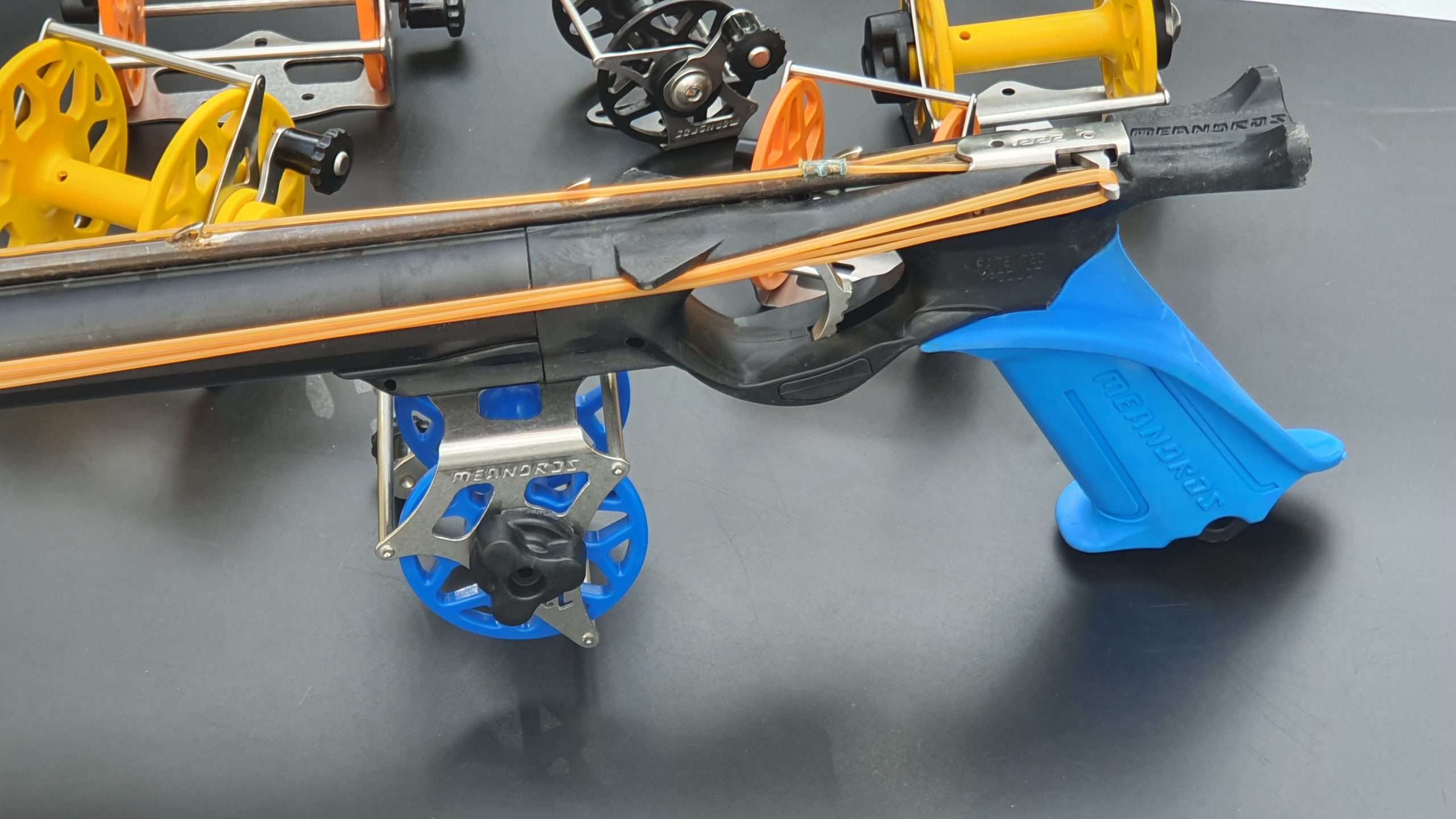 The great resistance of the composite material used for the drum permits to design a structure that has a number of holes that make it extremely light still being absolutely unbreakable. Moreover, an aspect that is absolutely key, is the fact that the holes permit to wash the line in the reel with fresh water after the use, making the water enter and exit easily and the line dry quickly, avoiding rotting which would be destructive.

A technical solution that is of extreme interest and effectiveness by Meandros is definitely the clutch and braking system.

The clutch is in all reels of the Meandros line working with the on or off solution. For safety reasons, this is something that comes from the Greek school where it is believed that once you catch a fish, especially a big one at deep depth, it is better that the clutch of the reel opens immediately letting the spearo return easily to the surface without additional effort of pulling the line with the fish. Such a solution for example is present in the Pathos reels range.

But the Meandros reels line is much more complete than this, and puts together somehow the on and off the clutch solution with the more “Italian” concept of having an adjustable clutch to regulate at any moment the intensity of the braking system, such as for the Sigalsub reels line and the Cressi reels line.

Starting from the Standard Plus reel, this has a simple fixed-length winding lever, which is mounted using an Allen key screw on a plastic pad with an O-ring under it. The tighter the screw the higher the braking effect on the reel. This is somehow a static solution that, once set, is constant during the spearfishing day and cannot really be regulated in the water, apart from bringing a specific Allen key driver with us at sea. The advantage is that once it is set for the day it does not change, disadvantage, for those who tend to want to regulate the clutch all the time, is that you cannot set the braking intensity bare hands.

The same solution is present on the Albatros Plus reel, which has though a different structure, as the metal body holding the drum has reduced dimensions, still of very high rigidity and strength, but less than the other two reels, and the steel axles around the line are only two. This determines in general e lighter structure and a reduced price. Albatros reels will be used for any kind of prey, but wanting to have a less negative reel to balance one’s speargun, while Standard Plus and Fire Plus Meandros reels will be used for really heavy-duty and heavy load spearfishing.

Going to the Fire Plus reel, this is definitely the most interesting product of the Meandros reels line, as visible by the “PATENT” writing on the composite material central part of the winding lever. The latter has first of all a variable length that when at maximum extension, permits better winding of the line in the reel. Secondly, but of extreme importance, and this is the patented solution, reducing the length of the lever pushing it to the center determines a braking effect on the reel, even with the clutch completely open. This means that the Meandros Fire Plus can easily go from a totally on-off solution to an on-off solution with an adjustable braking effect, which is obtainable in a moment just acting on the length of the lever. Well done!!!

Connection to the speargun

Connection of the Meandros reels to the Meandros spearguns is extremely easy with two screws that can be tightened to the front of the handle at the beginning of the barrel in the traditional inferior position.

Weights and dimensions, also including 1.5 mm diameter line length capacity for all Meandros reels in the composite drum version can be found perfectly indicated on the Meandros website, at this link, choosing one of the three models of reels.