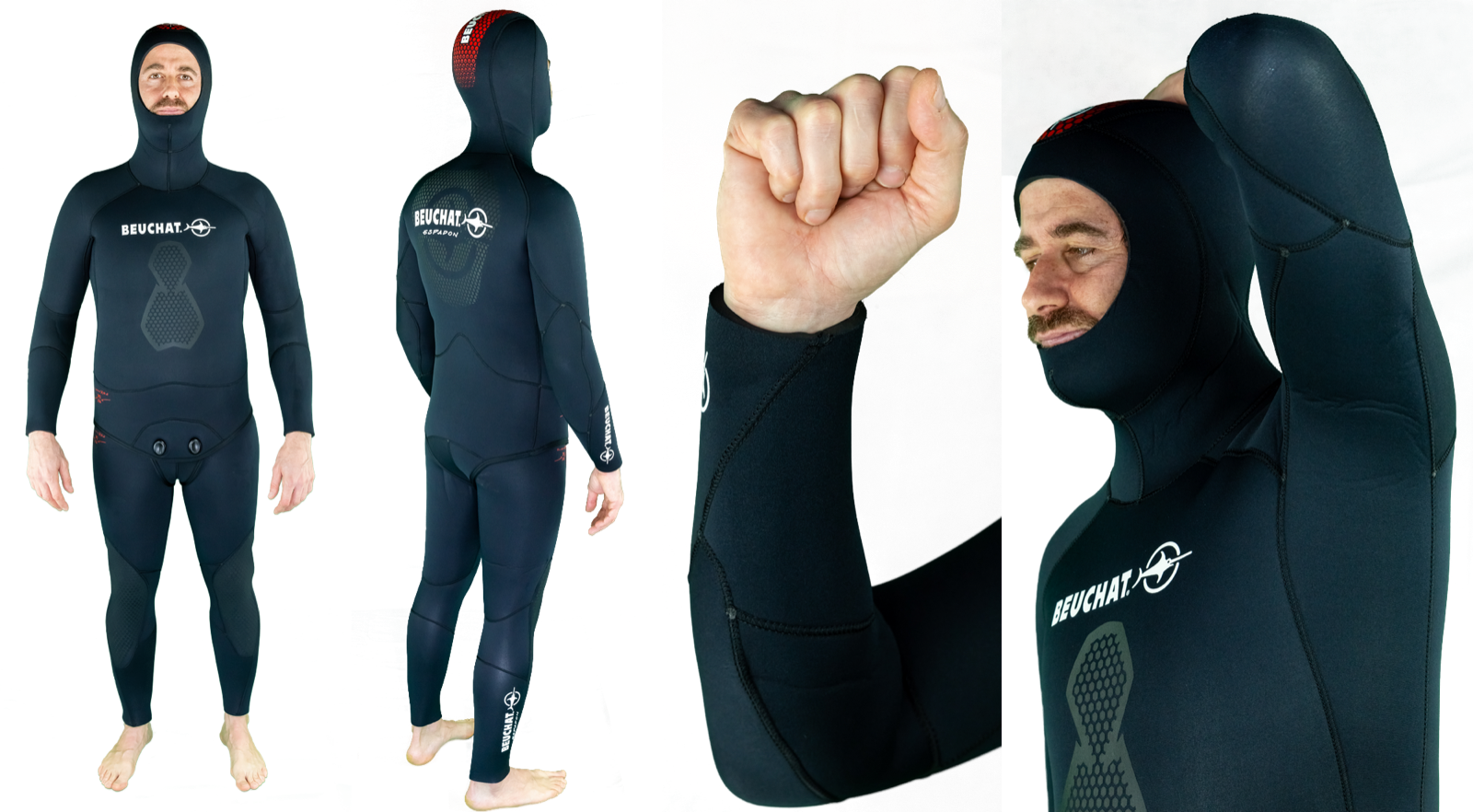 After the presentation of the Beuchat Redrock, we analyze a more traditional wetsuit by the French company, who is certainly a leader in the wetsuit segment, the Beuchat Espadon 7 mm, which we have measured being a 7.5 if not an 8 mm.

Protections are present on the sternal area (quite small) and the knees (very large) and made in anti-slip and anti-wear printed PU with small separated hexagons that, thanks to the design, limit the rigidity of the protected areas.

A key “protection” is also the red band on the cap that greatly improves the visibility of the spearo by the boats when he is at the surface. This is definitely a good help and should be applied by all wetsuit companies. 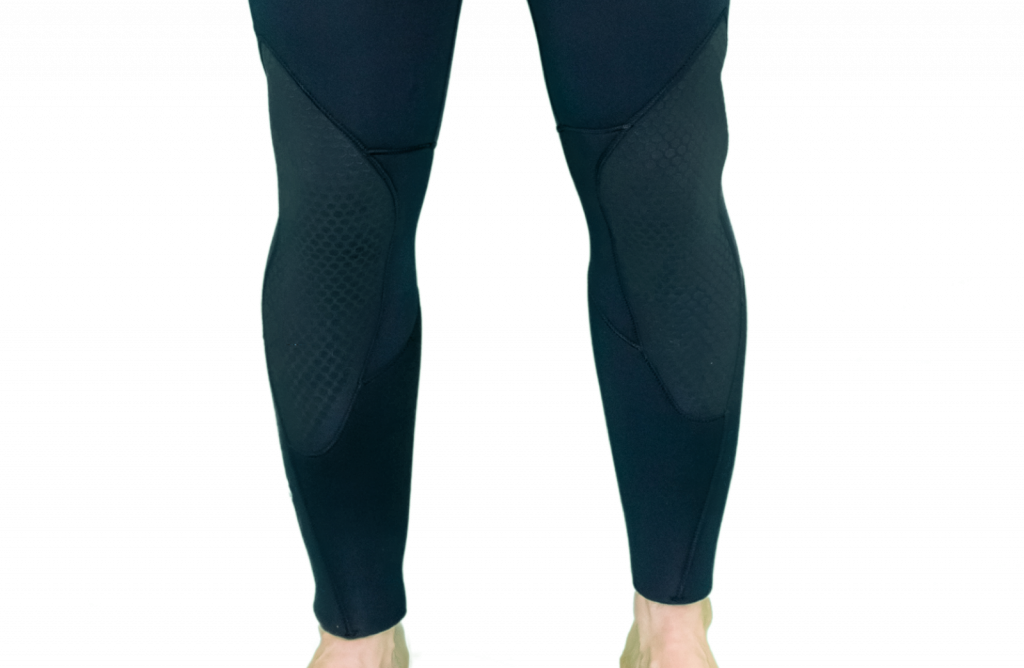 Finishings of the profiles of cap, wrists and ankles are extremely simple with a net cut of the neoprene and no specific border. Seams are pass through at the wrists and ankles, which is not a problem at all, as they do not generate and lack of comfort and should also be positioned over socks and gloves. The chin area instead is extremely neat, with a very interesting solution, where the neoprene goes all around the face contour with no discontinuity, and so no seams, until two cm from the edge. This is an excellent solution and definitely increases the comfort of the area which results in extreme softness.

The cut of the Beuchat Espadon is quite unique and shows a great experience and know-how by the French company in the design of spearfishing wetsuits. The back of the jacket has no central stitching, but a lower horizontal and curved one to adapt to the body of the spearo. A very interesting design can be noticed on the arms and the underarm with a very strong preformation in the first area and one single band of neoprene with no seams on the second area, improving comfort and elasticity where needed.

The lower part of the jacket is internally completely open-cell except for the beaver tail and the frontal area where the two closing clips are positioned.

The 7 mm neoprene pants are in the Long John version with braces that help keep the wetsuit in position and cover well the entire body, with good thermal insulation. The upper part of the pants is made with a reduced thickness neoprene (5 mm) to help the expansion of the chest. This solution, of course, makes it though difficult to pull down the pants for toilet needs when one is in the water, as the jacket has to be taken away first. 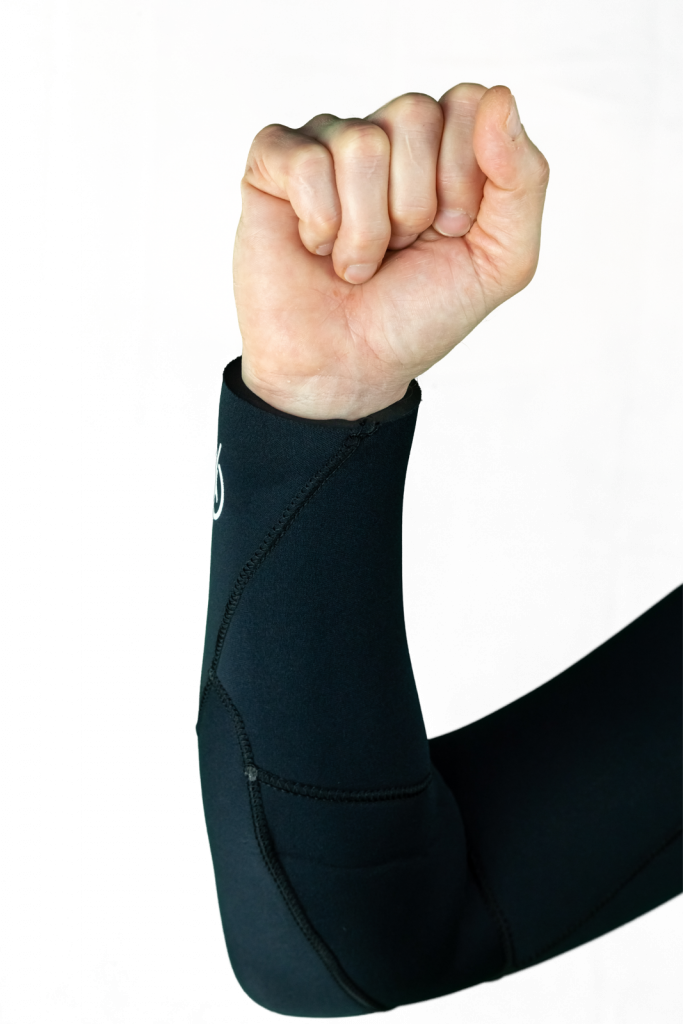 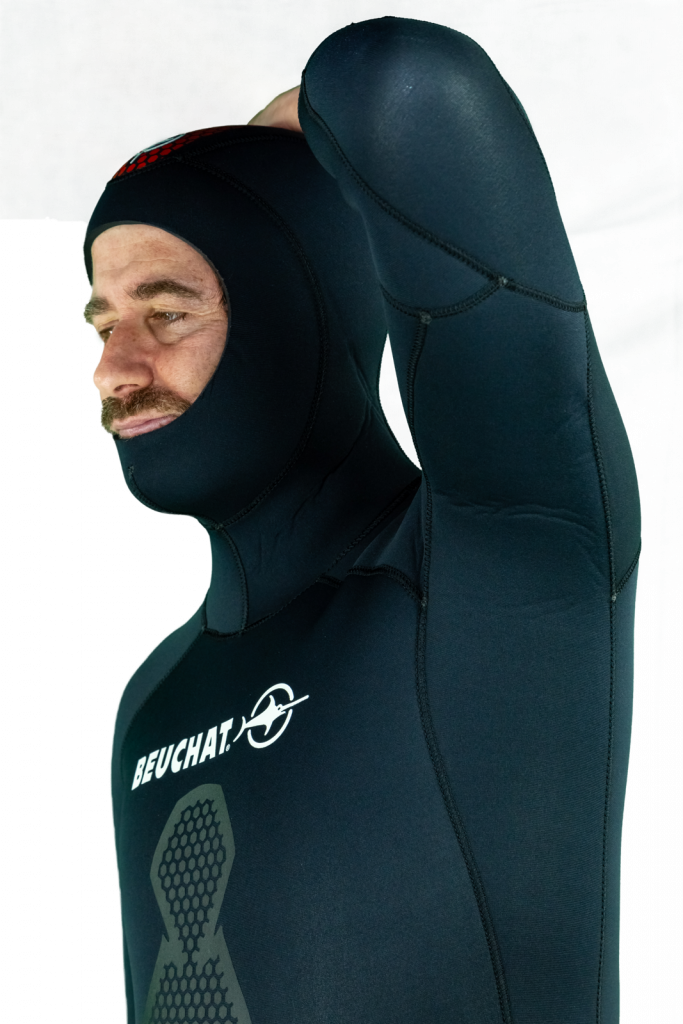 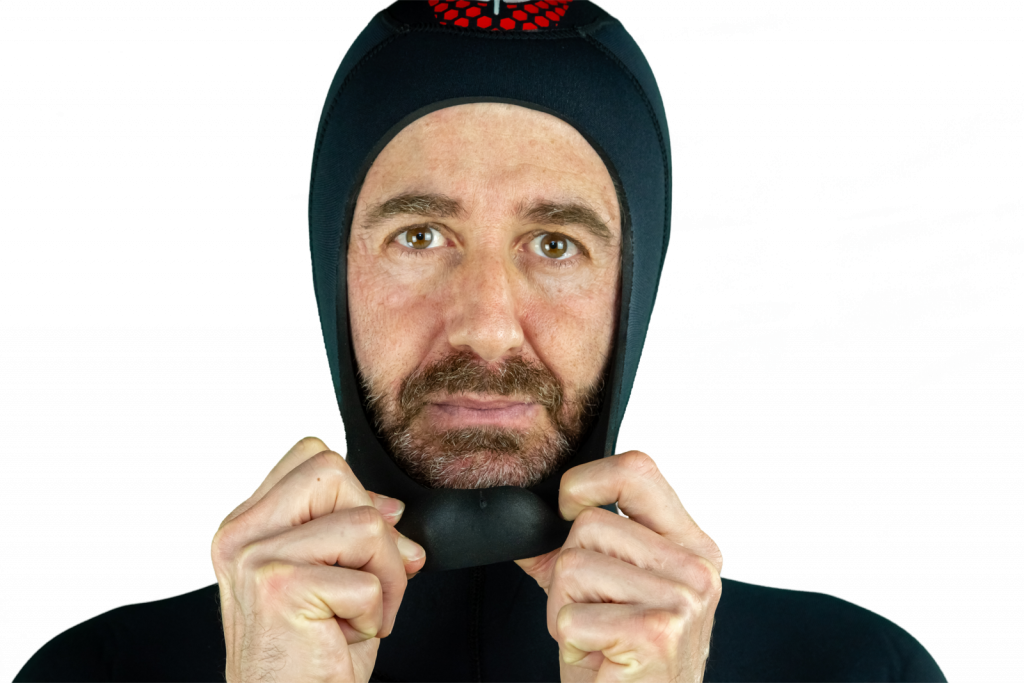 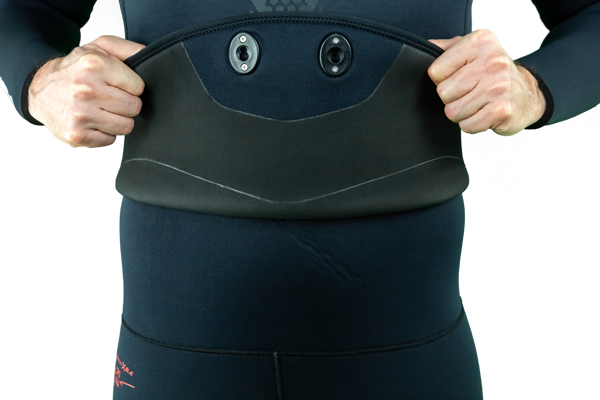 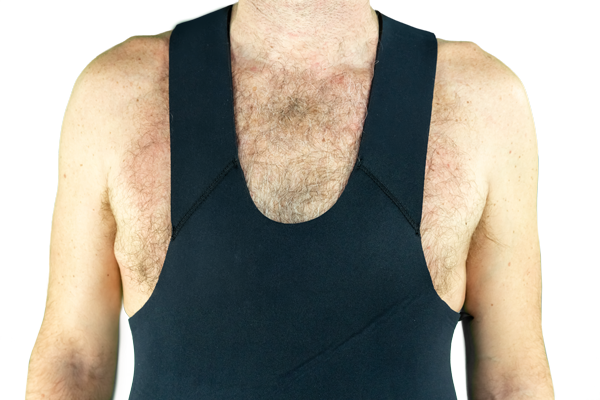 The very specific Beuchat anatomical cut shows great care and potential comfort, the red band on the hood is great for additional safety, while the special “no seams” chin design is also an additional special plus.

For the complete data chart of the Beuchat Espadon click here.